Remember that Justice League movie that was announced way way back in 2007 with George Miller (Mad Max: Fury Road) at the helm? It was the film that had everyone confused at the time: would Christian Bale be Batman? Wait, it’s another Batman? Who is this Armie Hammer fellow (this was before he blew everyone away in The Social Network, of course)? The Dark Knight Trilogy was not yet done, but Warner Bros. was going all in on Justice League Mortal.

The movie was even 100% cast: The film had DJ. Cotrona as Superman, Armie Hammer as Batman, Megan Gale as Wonder Woman, Common as Green Lantern, Santiago Cabrera as Aquaman, Adam Brody as The Flash, and finally Hugh Keays-Byrne as Martian Manhunter.

Actor Jay Baruchel (This is the End, How to Train Your Dragon) was set to play villain Maxwell Lord in the film, and speaking with MTV’s Happy Sad Confused, Baruchel describes a scene in the film that would have had Wonder Woman squaring off with Superman:

“There’s a scene where Maxwell Lord brainwashes Clark and all of a sudden this guy’s got Superman as a weapon. But in order for me to do this – to get in to a Kryptonian brain – I start bleeding out of every fucking orifice because it takes that much to get into the head of a Kryptonian. And then I turn him into Red-Eye Superman, and there’s this big ass fight between him and Wonder Woman where he breaks her wrists.” 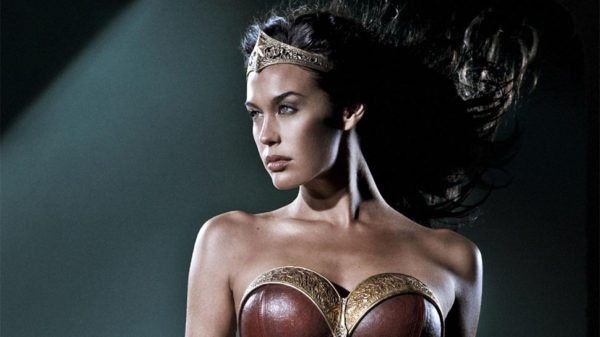 Plenty of news has leaked out over the years about the ill-fated Justice League: Mortal, but this is a new glimpse at what might have been. Given George Miller’s talent for action scenes, one can only imagine what he would have done with the film. Are we better off with the upcoming Justice League, or do you still wish that this film got off the ground? Let us know in the comments below!