In one of the many post-credits scenes of Guardians of the Galaxy Vol. 2, we got a tease for the introduction of Adam Warlock thanks to Elizabeth Debicki’s Ayesha, whom we saw unveiling a cocoon housing a creation whcih she described as “more powerful, more beautiful and more capable of destroying the Guardians of the Galaxy. I think I shall call him … Adam.”

Well, thanks to concept artist Ian Joyner, we now have a detailed look at Adam Warlock’s cocoon with the following production artwork… 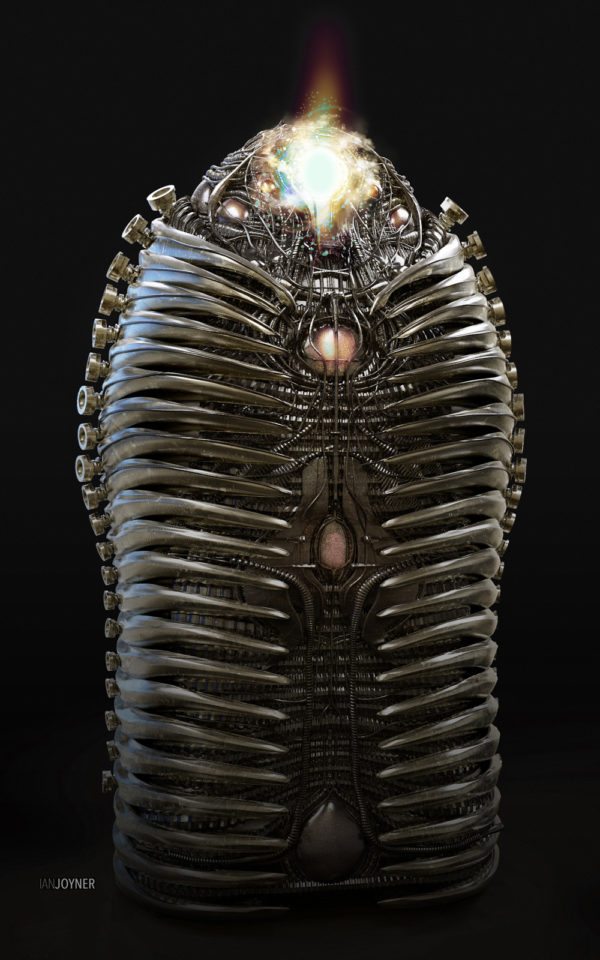 “I did a lot of passes on the Cocoon for the end tag of Guardians, which was a lot of fun as I always loved when they showed up in the cosmic books from Marvel,” said Joyner. “The final look shown here had lot of golden hues/tech that tied into the sovereigns world and really looked awesome on screen. Luma did the final pass on this, taking this design/3D asset and bringing it to the next level with details and surfacing. I can not wait to see who or what might come out of this thing in the future!”

Marvel’s Kevin Feige has already confirmed that Adam Warlock won’t feature in Avengers: Infinity War, so expect him to make his debut in Guardians of the Galaxy Vol. 3.