Many comic book fans will tell you that when they sit down to read the latest Batman issue, it’s Kevin Conroy’s voice they hear. The legendary actor will have been voicing the gravelly-toned Caped Crusader for 25 years this September – a run which has spanned animated cartoons, movies, and video games – and he shows no signs of retiring any time soon.

His latest project is Batman and Harley Quinn, and during our conversation we quizzed him about reuniting with Loren Lester, getting to show Batman’s more comedic side, and comic book stories he’d love to see get the animated movie treatment. Have a read below…

First off, I wanted to say congratulations in advance, because next month will be the 25th anniversary of you voicing Batman. If you could give one piece of advice to yourself in 1992, what would it be?

[Laughs] Don’t strain your voice! I had no idea it was going to last that long. I actually had a problem when I started recording the show. I thought I was only going to do a few episodes. So to create that deep sound I just really crunched down on my vocal chords, and about 10 episodes in I started losing my voice. And Andrea Romano [the voice director on Batman: The Animated Series] said to me, “You’ve got to figure out a way to make this voice without straining because we’ve got a lot of shows to do and we don’t know how many seasons it’s going to be”. So I had to go back to my stage training and figure out a way to make the same sound by supporting it with my breath and my diaphragm. So that was one bit of advice I’d give myself.

The Batman we normally see in films is quite a serious character. He’s more lighthearted here. It must have been nice to switch things up a bit…

I love playing comedy. I have a broad range – I love to do tragedy, I love to do comedy, I love doing musicals. Unfortunately in the business, you tend to get typecast in certain roles. When you’re young and you play leading men, they tend to cast you as young leading men – the square-jawed romantic lead. You don’t get to do a lot of character work.

The nice thing about voice work is you get to shake up those stereotypes a little bit. Like, who would’ve thought that Mark Hamill from Star Wars would be the Joker? But in his soul he had this character actor hidden away, and he was able to let that loose. So I feel that way with Batman and Harley Quinn. I got to let loose with the comedy a little bit. With Batman, there isn’t a lot of comedy. He’s a very serious character. He tends to be the straight man to the other crazy characters bouncing off him, and in this one I got to play a little bit more than that. Originally when we started doing the show I did the comedy in Bruce Wayne. I made him very comedic and ironic, and they wrote for it. But it tended to play too bright in the dark world that they were creating, and we actually went back and re-recorded a few of the early episodes to just darken down the Bruce Wayne voice more and make him a bit more serious. 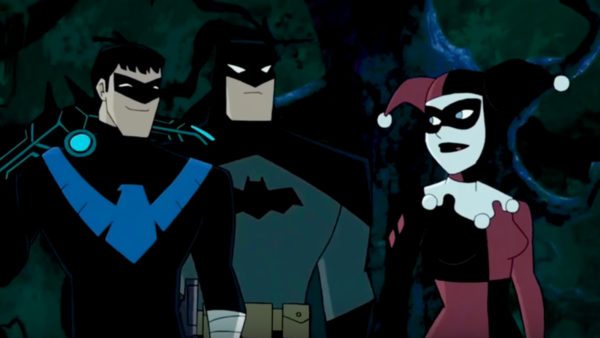 What was it like reuniting with Loren Lester [who voiced Dick Grayson / Nightwing in Batman: The Animated Series] for the first time since 1998?

The extraordinary thing about Loren is that he and his voice don’t age. He still sounds like he’s 16. It’s just weird! [Laughs] So he came in and started doing the character and I thought, “We’re both just falling right back into where we were 25 years ago, it’s bizarre!” But he’s a good actor and it was fun being back in the booth with him.

You’ve worked with legendary voice director Andrea Romano for decades. For this movie, Wes Gleason was the voice director. In what ways are they similar and how do they differ?

Wes has been someone I’ve been working with more recently because he’s casting and directing the new series we’re doing – Justice League Action. So I’ve gotten to know him over the last year. The similarity with Andrea is that he likes actors, as Andrea does. A little dirty secret in Hollywood is that a lot of people don’t like actors, and they don’t respect them. What makes Andrea unique is that she loves and respects actors, and I discovered the same thing about Wes. The nice thing about working with someone like that is that you trust them. There’s an innate trust that they have your best wishes at heart, and they want you to be good and perform well. And when there’s that type of comfort in a room, you tend to be more free emotionally, and more free in terms of experimenting. When you feel that you’re surrounded by people who support you then you can take bigger risks. If you feel like you’re surrounded by people who are judging you or resent you, it’s harder to be creatively free and take chances. The nice thing about Wes is he creates a very supportive and loving atmosphere in the booth, and it’s so much like Andrea. 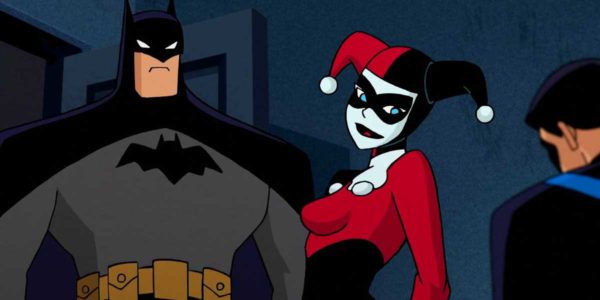 You’ve been voicing the character for so long and we’ve seen him in so many different situations. Is there anything you still want to explore with the character?

There’s stories I still want to do. Hush would be cool. Death in the Family would be cool. I’d love to do some more movies with some of those stories.

I’m also a big fan of Batman Beyond. How did you react when you got that script which said Bruce was Terry’s biological father?

[Does Darth Vader impression] Luke, I am your Father… [Laughs]. I loved it. I thought it was great. I couldn’t believe it when I first read Batman Beyond – “Someone else is going to be Batman in this? Why aren’t I doing Batman?” They said “because you’re too old” and I was like “I’m not too old!” It’s a cruel business…

I love working with Will Friedle [who plays Terry McGinnis in Batman Beyond]. To have those years with him was fun. But I loved when it turned out that Batman was his father. That’s perfect, dramatically, and I hope there’s going to be another Batman Beyond movie. That’d be cool. 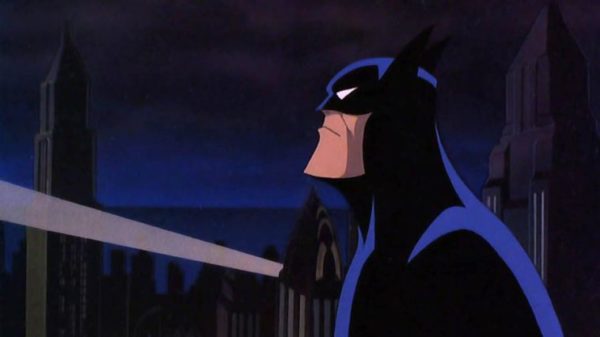 My favourite Batman movie – animated or otherwise – is Batman: Mask of the Phantasm. What are your memories of working on that?

I agree with you – I think that is the best Batman movie, live action or animated. You get the whole genesis of the Batman story in that one film. And then you’ve got the drama, falling in love with Andrea Beaumont, wanting to have a normal life, pleading with his parents grave to release him from the vow and then realising he’s doomed to avenge their deaths. He’s trapped in his fate. It’s a great, classic, tragic movie.

When you work on things like that you don’t realise you’re working on something that’s going to become so iconic. We recorded that movie and it was just like “Oh great, we get to record a Batman movie, this’ll be fun”. None of us knew that it was going to become this time tested iconic film.

Batman and Harley Quinn is out now on Digital Download, Blu-ray, and DVD.

Many thanks to Kevin Conroy for taking the time for this interview.