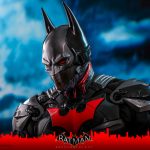 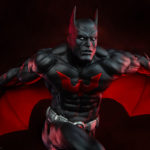 Sideshow has unveiled its Batman Beyond Premium Format Figure from its DC Comics collectibles line. The piece is available to pre-order now, priced at $595.00; check out the promotional images here… SUPPORT FLICKERING MYTH: Order via Sideshow Collectibles The Batman Beyond Premium Format™ Figure measures 21” tall as the sleek-suited Terry McGinnis jets off the top […] 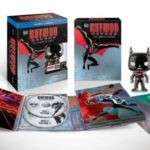 This year has marked a pretty big milestone for Batman Beyond, the animated series set in the DC Animated Universe, as it reaches its 20th anniversary. One the first day of the San Diego Comic-Con, a panel was held to commemorate the anniversary with voice actors Kevin Conroy and Will Friedle where they revealed the complete […] 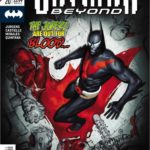 DC Comics launches the new story arc ‘Target: Batman’ this week in Batman Beyond #20, and you can take a look at a preview of the issue here… “Target: Batman” part one! After his first outing as a vigilante, Matt is hungry for another chance to prove himself, but Bruce and Terry butt heads over […] 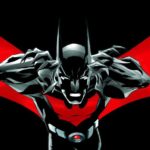 His former Teen Wolf co-star Tyler Hoechlin has taken on the role of the Man of Steel in The CW’s Supergirl TV series, and it seems that Tyler Posey has also identified a superhero role he’d like to play should the opportunity arise. Speaking to Screen Rant to promote his new movie, the Blumhouse horror […] 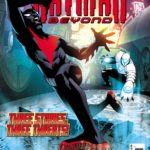 Let the Gotham Games begin! This coming Wednesday sees the launch of a brand new storyline in Batman Beyond #13, and we’ve got a preview of the issue for you here courtesy of DC Comics; check it out… “GOTHAM GAMES” part one! Set in the time just after Terry McGinnis returned to his Batman role, […]

Amon Warmann chats with legendary Batman voice actor Kevin Conroy about the new animated film Batman and Harley Quinn, Batman Beyond, Mask of the Phantasm and more… Many comic book fans will tell you that when they sit down to read the latest Batman issue, it’s Kevin Conroy’s voice they hear. The legendary actor will […] 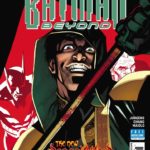 Terry McGinnis and Damian Wayne battle it out this coming Wednesday in the pages of Batman Beyond #11, and we have a preview of the issue for you here courtesy of DC Comics; check it out via ComicsVerse… “RISE OF THE DEMON” finale! As past and present collide, Bruce Wayne witnesses the culmination of his […]

On the eve of the San Diego Comic-Con, a report emerged claiming that Ben Affleck’s future as Batman was in doubt – something that the actor vehemently denied during the DCEU panel at Comic-Con last weekend. It seemed a lot of the original report was based on director Matt Reeves’ comments that he had plans […]