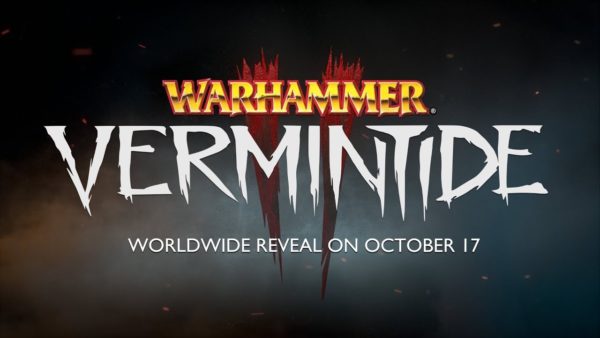 No details for Warhammer: Vermintide II have been released yet (other than it will be coming to PC and consoles) but there will be a big reveal on Twitch on the 17th October.

Warhammer: Vermintide 2 is the sequel to the critically acclaimed Vermintide. It’s time for players to return to the memorable first-person co-op experience with intense world class melee action. Set in the dark and grim Warhammer Fantasy world, you must join forces with up to three other players to tackle the endless hordes of enemies. Equipped with a variety of melee and ranged weapons, you and your team are all that stands between utter defeat and victory – and if you fall so will the Empire.