Game of Thrones may have begun as the story of the Stark family but, without question, we’ve spent most of the time eagerly keeping up with the Targaryens. Thanks in no small part to Emilia Clarke’s career defining role as Daenerys Targaryen, the restoration of this great family of Westeros has become one of the driving forces of the song of ice and fire.

For many seasons, Daenerys’ story was the most remote and distant in George R.R. Martin’s saga. The daughter of the so-called ‘Mad King’ Aerys Targaryen, Dany was born during a storm on Dragonstone, the historic island seat of her family, before she and her brother Viserys were secreted away by a conspiracy of wealthy insiders (including Lord Varys, Aerys’ spymaster) following Robert’s Rebellion, the uprising of Lord Robert Baratheon following the abduction of his beloved, Lady Lyanna Stark, by the Mad King’s heir Prince Rhaegar (Dany’s much elder brother), who subsequently is killed by Robert at the Battle of the Trident–following Lyanna’s assumed rape and murder in Dorne. When Aerys is slain by the Lord Commander of his own Kingsguard, Jaime Lannister, Robert takes Kings Landing with the help of Lord Tywin Lannister’s forces and installs himself as the first non-Targaryen ruler in centuries. The Targaryen line is presumed extinguished. 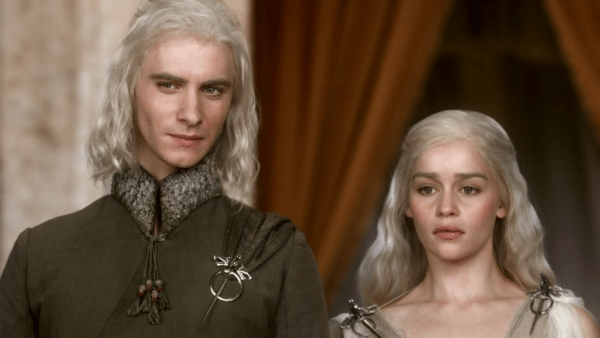 Daenerys and Viserys survive in the free cities of Pentos and Braavos in secret, growing into young adults, Viserys with a burning, petulant fervour to restore the Targaryen rule on the Iron Throne. Daenerys was expected to assume the role of every historic Targaryen woman, within this new paradigm; sold off to Dothraki leader, Khal Drogo, in order to shore up an alliance as part of Viserys’ invasion of Westeros so he can seize back control of the Seven Kingdoms.

Over the last seven seasons, we have seen the story of Dany’s rise from young, innocent, sundered Princess to the Mother of Dragons, Queen of numerous freed slave cities, and one of the most empowering female characters in all of modern fiction. It’s been a remarkable story which we spent years hoping and praying Daenerys would make enough alliances, survive enough assassinations, and grow the dragons she magically brought to life in fire long enough to finish what her brother intended to start – invade Westeros and take the Seven Kingdoms.

In season seven, finally, Dany began her crusade, except it didn’t quite go to plan – there was no immediate crushing victory against false Queen Cersei Lannister. She lost soldiers, she lost tactical battles, and upon learning of the true enemy–the undead White Walkers led by the relentless Night King–she even lost Viserion, one of her beloved dragons, now reanimated as an undead, dragon wight on which the ancient enemy rides. Dany now lies at a major crossroads, both in matters of war and of the heart. 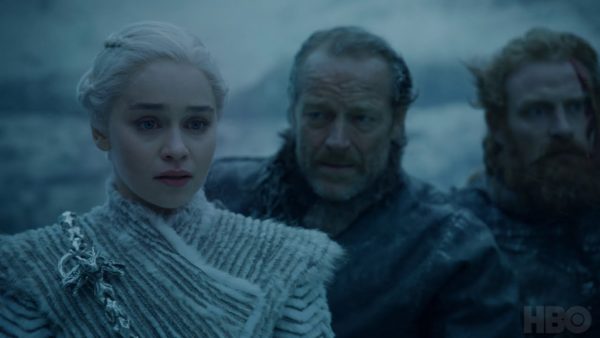 The latter because she’s gone and fallen in love with Jon Snow, probably the last person in the world she should be hooking up with. Not because he’s the head of an alliance who technically oppose her regime but mainly because he’s her nephew. Allowances can be made for the fact Daenerys doesn’t yet know that Jon is the secret son of Rhaegar & Lyanna, who wasn’t abducted at all but rather ran away from her intended Robert to marry the Dragon Prince (already married to Dornish Princess Elia Martell), and later died in childbirth secreted away in Dorne while her beloved was dying in the field of battle.

Not even Jon is aware how that technically makes his claim to the Iron Throne and the restored Targaryen dynasty stronger than Dany’s. Only Bran Stark and now Samwell Tarly are aware, and it’s a revelation that isn’t going to sit remotely well with Dany once she finds out she’s not just been ‘doing a Lannister’ (aka sleeping with a sibling – though the Targaryen’s had been doing this for centuries when it was cool) but also that the entitled power she has coveted all these years, while Jon is around, means nothing. She has a reason now, more than ever, to “break the wheel”. 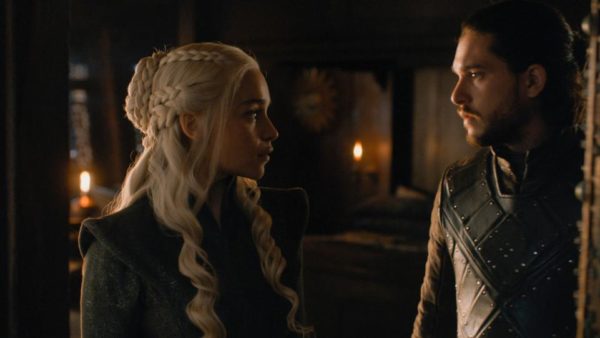 Ever since season 5, in an iconic first proper conversation with Tyrion Lannister once he sought her out while she ruled the distant city of Meereen, Dany has spoken about ‘breaking the wheel’ in Westeros. Not just returning as an invading, usurping force like her famed ancestor Aegon the Conqueror, or staging a rebellion like Robert Baratheon, but destroying the eons old traditions of entitled house nobility and rule. She has, in essence, been talking about the first move toward a democratic Westeros, where not just the lords and ladies but the common folk have a say in their own destiny and the destiny of their nation.

Yet she hasn’t exactly followed through on these idealistic promises; her first major impression on Westeros saw her use the equivalent of nuclear power (her dragon Drogon) to take out a major Lannister force and kill the heads of a significant house. Ever since she’s been drawn into the battle against the encroaching Night King and his undead army, suing for a truce with the Lannister’s while they deal with the real enemy, before a presumed resumption of hostilities after the fact. Dany knows she can’t rule a land while Cersei Lannister is in the picture, but does that equally apply to Jon Snow once she learns the truth about his lineage? 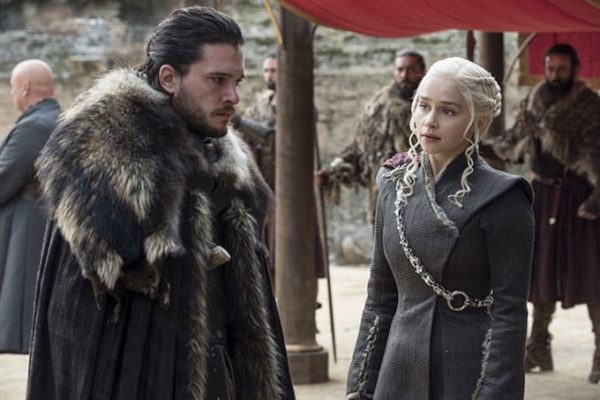 In season 8, these are the questions that swirl around Daenerys. If she and Jon, the ice and fire around which Martin has constructed his song, destroy the Night King and his army before they can destroy the living, what happens then?

Dany may not survive, that’s the honest truth. She could well be Azor Ahai reborn, the prophesied Prince Who Was Promised who will battle and destroy the Night King, saving the world of men and ending the second Long Night. Dany fits the prophecy just as much as Jon, who remains the most likely candidate. She has been courted by seers and Red Priests just as Jon has, or Stannis Baratheon before him. Let’s assume, even if she is Azor Ahai, that she survives and with Jon’s help defeats the Night King – she still has Cersei to deal with, assuming the Queen remains alive given Arya Stark will most likely be after her and another prophecy circulates around her brother Jaime Lannister which may end up a fatal one.

If Cersei is alive, and planning betrayal, Dany may have to face her sooner than the Night King, divide her forces between the undead and those living who wish to see her restoration and claim on the Iron Throne destroyed. In itself that will be a difficult battle which could see casualties in the retinue around her – Grey Worm, Missandei, and Ser Jorah Mormont, her loyal knight very much unrequitedly in love with her, who has already survived half a dozen deaths to continue serving at her side. He can’t surely last much longer. She could find herself somewhat depleted of her closest, long-term allies. 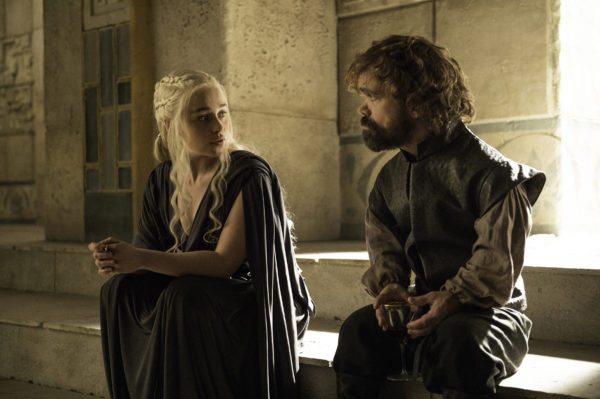 Most interesting, even more than her romance with Jon, is Dany’s relationship with Tyrion, which could be crucial to her rise or fall as the Dragon Queen. The last time we see Tyrion in ‘The Dragon and the Wolf’, he listens in on the lovemaking of fire & ice with pensive concern, not out of romantic love but fear that Dany’s motivations and goals may be compromised in a way they have never before. Remember, she has assiduously avoided becoming enchanted by men since the death of Drogo, which set her on her crusade.

Daario Naharis filled a need as a passing fancy but Dany, even aware she needs to make a marital alliance once she reaches Westeros, has never fallen for a man, only the reverse. With Jon, she seems to be in love, and love in Game of Thrones is always a weakness. Tyrion senses this, as does Varys, and obviously fears it could compromise why they’re all here in the first place: to put a fair and just ruler in Westeros who can change the way the world is.

If Jon gets her pregnant, that would also change Daenerys’ perspective. Right now, she believes based on nothing more than mystic prophecy that she is infertile, that the dragons are the only ‘children’ she will ever have, but there is a strong chance her union with Jon will sire a pure-blooded Targaryen heir (almost, with a dash of Stark), and this would give Dany that same forward thinking perspective Tyrion wants to install in her, as she considers making a democratic Westeros a reality. What kind of world does she want to leave her child? Would the child of ice & fire deserve to rule just because of their bloodline? Or would that child further encourage Daenerys to consider how she breaks the wheel in more depth? 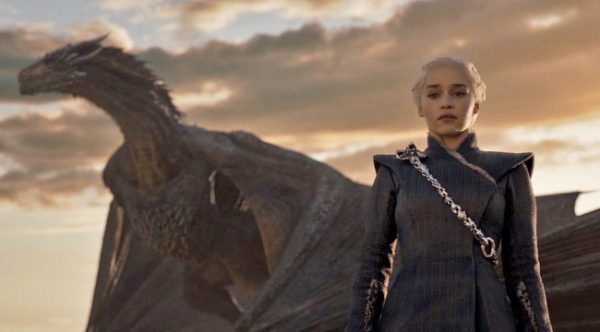 Going into the final season, Daenerys and her Targaryen legacy will be as crucial as the Stark rebirth to the conclusion of Game of Thrones, maybe even more so. It’s become Dany’s show in many respects and many people may struggle to accept anything other than a happy or heroic ending for the Mother of Dragons. Given we know the show will have a ‘bittersweet’ ending, at least in the books, Daenerys may get what she has always wanted – but at what cost?