A poster has arrived online for director Joseph Kosinski’s upcoming drama Only the Brave which tells the true story of the Granite Mountain Hotshots, a team of firefighters from Arizona’s Prescott Fire Department, who in 2013 battled to fight one of the deadliest wildfires in history, tragically resulting in the death of 19 crewmembers; take a look below…

SEE ALSO: Watch the trailer for Only the Brave here 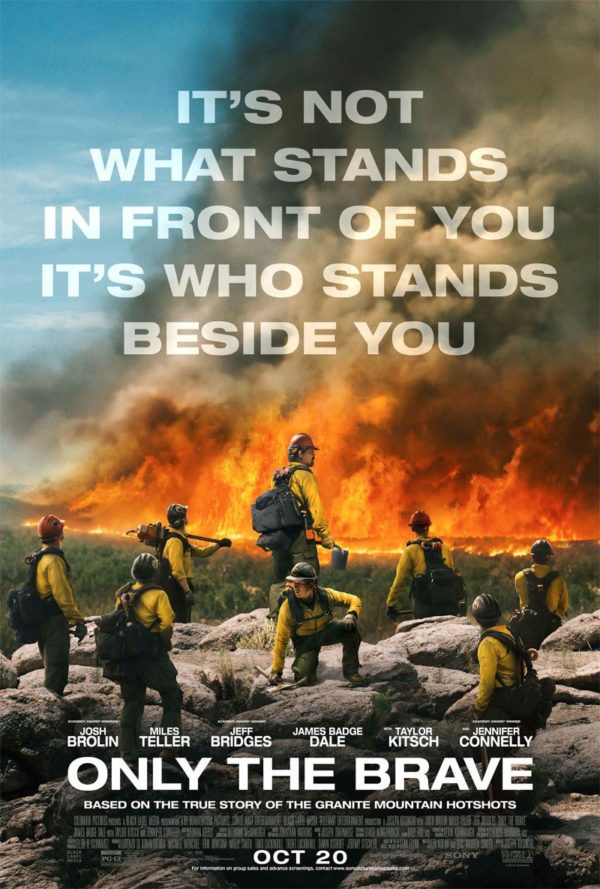 All men are created equal… then, a few become firefighters. Only the Brave, based on the True Story of the Granite Mountain Hotshots, is the heroic story of one unit of local firefighters that through hope, determination, sacrifice, and the drive to protect families, communities, and our country become one of the most elite firefighting teams in the country. As most of us run from danger, they run toward it – they watch over our lives, our homes, everything we hold dear, as they forge a unique brotherhood that comes into focus with one fateful fire.

Only the Brave is set for release on October 20th in the States.