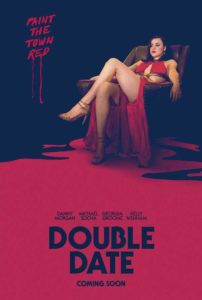 Cripplingly shy Jim attempts to lose his virginity before the clock strikes midnight and he turns 30, sending he and his best-friend turned wingman into the path of a pair of murderous sisters. 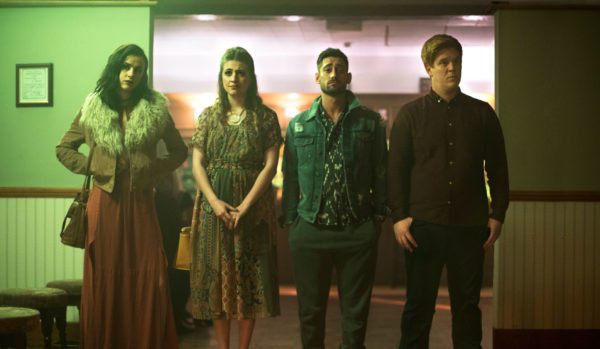 Storming onto the British horror scene with both the wit and confidence of seasoned genre pros, writer/director duo Danny Morgan and Benjamin Barfoot seem like nothing short of a match made in heaven. For starters, their first feature Double Date is everything you wouldn’t expect from a low-rent British horror: warm, playful and willing to push the envelope just enough to be exciting, without ever falling on wrong side of the cult divide. It’s the sort of debut you can imagine showing to your parents without having to awkwardly fast-forward through the gory bits. Cleverly written, somewhat familiar, but visually sparky in a way that’s too often forgotten in the low-budget arena; with all the spirit of a Sightseers or a Shaun of the Dead, just a little rougher around the edges.

Morgan’s script wastes precisely no time at all, launching straight into a titular double date gone wrong, with two murderous sisters (Kelly Wenham and Georgia Groome) at the centre. And while there’s plenty of blood and fairly close-to-the-bone humour, there’s no sacrificing characterisation either. Both Groome and Wenham are instantly likeable for all their differing takes on the blood-letting, and by the time Morgan’s own lead virgin Jim gets thrown into the mix, we’re almost siding with the evil harpies holding the knives.

Almost being the capital word here, because between Morgan himself and on-screen wingman Michael Socha, there’s a vulnerability and yes, chemistry, that’s impossible not to fall for, even as they tumble down the same double-date rabbit hole the prologue so promised. It would’ve been easy for Morgan to write himself into some sort of heroic redeemer role that sees him turn from nerd to Rambo in three short acts, but instead he gives in to the pathetic outsider completely. In fact, there’s no superhuman feats of violence on any side here, just scrappy acts of survivalism all round, which keep things just grounded enough to always feel relatable. 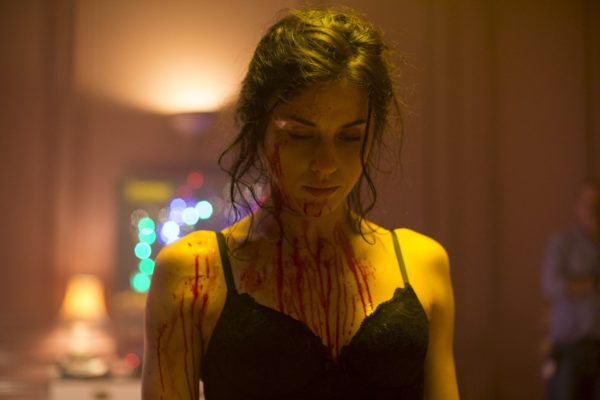 Even as Morgan and Barfoot twist us into a totally unhinged, and decidedly silly finale, Jim takes it in his stride. There’s a strength in him as a protagonist that keeps Double Date moving all the way through its many, many plot shake-ups, even as Wenham goes full psycho and Socha’s act starts to wear a bit thin. Perhaps it’s his total unawareness to the slayings all around him, or the genuinely sweet blossoming romance between him and Groome, but Morgan’s lead ends up as the much needed beating heart of the film, keeping things light enough all the way through.

The tonal shifts might prove a little much for some, and the horror/humour balance here is certainly out of whack at times, but there’s no denying that Double Date is an incredible achievement for two first-time feature filmmakers. It’s clear from the opening titles alone that there’s enough energy and visual vigour here to make for a fun encounter, but the sincerity to Morgan’s characterisation is really what helps this one across the finish line. Thrilling, twisted and surprisingly warm, this is clearly the start of something much bigger for this pair.