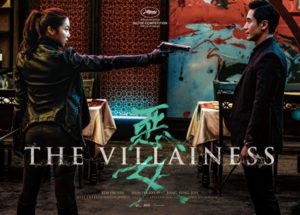 Trained killer Sook-hee (Kim Ok-bin) is the architect of an unforgettable opening sequence, breathtakingly shot from a first person point-of-view, as she breaks into a warehouse and lays waste to the multitude of thugs contained within. When the pregnant young woman eventually goes down, she’s picked up by the mysterious National Intelligence Service.

Given the choice to join them or die, she reluctantly accepts a new identity and trains in order to complete a future assignment and eventually win freedom for herself and her daughter. Matters are further complicated by the feelings arising from the murder of her father, a past relationship with a gang-boss ex-lover and the tantalising chance at a happy future offered by an undercover agent with a mission to win her affections… 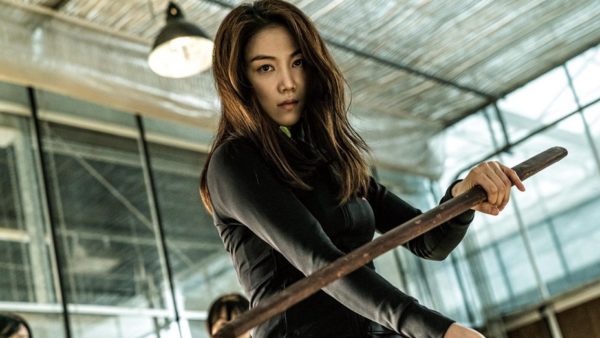 A film feted at Cannes with a four-minute standing ovation once it ended, The Villainess is another striking piece of South Korean action cinema which continues to prove some of the most exciting work of recent years is emerging from that country, and creatives such as Jung Byung-gil. It starts in bravura fashion, throwing the viewer into a video game-esque, first person scenario as we meet our protagonist Sook-hee, a young female assassin who rips through a gang of underworld crime figures with violent, hyper-real, claret flowing abandon. Byung-gil doesn’t even cut or change perspective for around five minutes and once he does, it’s in enjoyable cheeky and clever fashion, allowing the protracted fight sequence to inventively continue. You know The Villainess is going to stand out once you realise it’s exhausted you within the first ten minutes.

Truthfully though it’s as much a family drama as a powerful action picture, with Byung-gil ensuring that Sook-hee’s story taps an emotional chord as well as visceral, physical one. Kim Ok-bin in the lead role excellently balances damaged killer instinct on the one hand with a hopeful femininity and sensitivity on the other, especially in her key relationships with the two men in a life fractured between past and present – the crime figure from a life she’s trying to escape as a cold-blooded killer on the one hand, and the homely father to her child who she wants to build a life with on the other. The Villainess does punctuate with balletic action sequences amidst the emotional story, using a somewhat fractured storytelling timeline in places to do so, but it never forgets Sook-hee’s internal struggle as a woman desperately trying to avoid a past that almost literally and metaphorically destroyed her, only to realise it’s a seemingly impossible task. The sense of inevitability to her life is palpable. 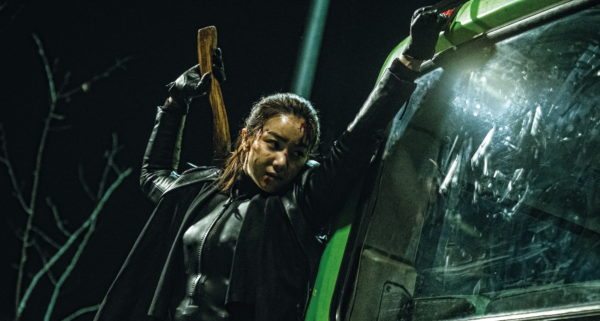 So while the strength of the script and story, and primary character keep The Villainess working as a piece of drama, thankfully Byung-gil maintains the film as a piece of cinema dripping with ominous, foreboding atmosphere and happily not pulling any punches when it comes to the uber-violence on-screen, and the bravery of one piece of tragedy inflicted on Sook-hee in particular. That level of hyper-reality in a world of criminals, espionage agencies, assassins and debts is never played as anything other than deadly and meaningful, and that gives his film its import and power. If only we got more of this stuff from American cinema, the action genre could well be in a far stronger state, as The Villainess shows what you can do with inventive direction, stylistic visuals and fearless storytelling.