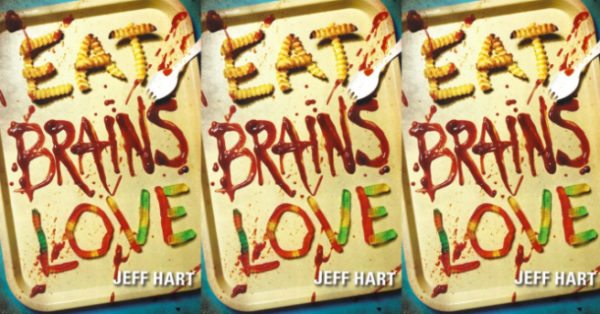 The good news: Jake’s dream girl, Amanda Blake finally knows his name. The bad news: It is because they both contracted a mysterious zombie virus and devoured the brains of half their senior class. Now Jake and Amanda are on the run from Cass, a teen psychic sent by the government’s top-secret Necrotic Control Division to track them down. As Jake and Amanda deal with the existential guilt of eating their best friends and set off in search of a cure for the zombie virus, Cass struggles with a growing psychic dilemma of her own – one that will lead all three of them on an epic journey across the country and make them question what it means to truly be alive. Or undead.

“Herro and Strauss did a fantastic job adapting the source material; the script retains the core DNA of what attracted us to the book, while at the same time creating something fresh and new, injecting into it their truly unique voice,” said Tony DiSanto, president of DIGA Studios. “I’ve also had the pleasure of working with Flender in the past on episodes of Scream, and had been a fan prior to that. He is a director with a clear vision and passion for the material. We’re thrilled to have this combination of great talent behind this film.”