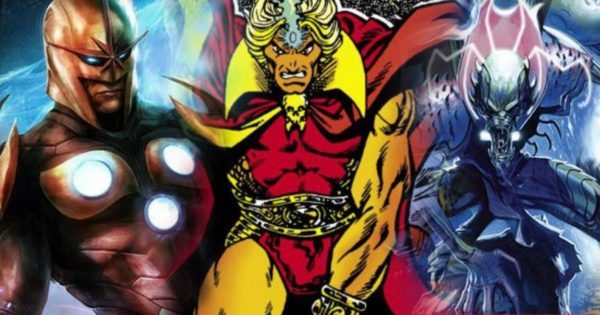 In April of this year, Marvel Studios chief Kevin Feige revealed that the cosmic side of the Marvel Cinematic Universe is really set to come to the forefront during Phase Four, with Feige working closely with Guardians of the Galaxy director James Gunn to map out this expansion. And, according to Gunn, work is already well underway.

“Those scripts are already in the works,” Gunn tells THR. “Kevin and I talk about it all the time, we just had a meeting today. Discussing what is the next iteration of cosmic characters and where are the characters that we’ve already created going to go in the next batch of films.”

Gunn also hinted that Sylvester Stallone’s team of Ravagers (who, in the comic books, are the original Guardians of the Galaxy) are also set to play a role moving forward, stating that: “I’m definitely interested in the direction that these characters are headed and their roles in the Marvel Universe… These are older characters and more criminal than our Guardians. So we’re focusing on that.” Which cosmic characters would you like to see introduced to the MCU during Phase Four? Let us know in the comments below…