Ricky Church reviews the first episode of Marvel’s The Defenders…

It’s been a long time coming, but Netflix’s crossover between its four Marvel shows is finally here with The Defenders. The gang is all here, from Daredevil, Jessica Jones, Luke Cage and, yes, even Iron Fist, as they join together to save New York. So how does the first episode fare? 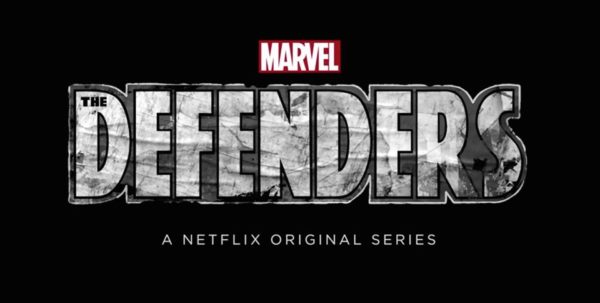 ‘The H Word’ seems to take inspiration from Joss Whedon’s The Avengers, using the breakout superhero film as a baseboard. Much like the opening act of that film, much of this episode is spent catching up on the various activities of these street level heroes. Throughout the episode we go back and forth between Matt Murdock, Jessica Jones, Luke Cage and Iron Fist as we see what each of them are up to. Even though it largely plays catch up, the premiere moves along at a brisk pace. Its especially intriguing to see Daredevil and Jessica Jones, seeing as we’ve gone the longest time without seeing either of them.

Its also interesting to see how the various characters mesh together for this crossover. Each of the series had its own unique tone, from Daredevil’s superhero drama to Jessica Jones’ mystery noir to Luke Cage’s Blaxploitation influence. During the individual segments with the characters, Defenders adopts that shows style, such as with the grey filter during Jessica’s scenes or how everything looks so yellow and brighter with Luke. It’s a subtle touch to the character’s differences.

As for story progression, not much happens beyond catching up with everyone. The threat from Sigourney Weaver’s Alexandra and her connections with The Hand are laid, but don’t really come into play until much later in the episode. ‘The H Word’ lays the groundwork, but the set-up still doesn’t feel boring or wasted, even if none of the Defenders actually come into contact with each other.

The cast is great all round. Krysten Ritter again shines as Jessica while Charlie Cox plays a more subdued Matt Murdock now that he’s found a small measure of comfort in his ‘retirement’. Mike Colter continues to imbue Luke’s charm. The only odd one out is, as some might imagine, Finn Jones’ Iron Fist. To his credit, though, he seems more comfortable in the role here than he did for much of Iron Fist. The various supporting characters who appear do good jobs as well, particularly Elden Henson as Foggy, who seems to have matured a bit from Daredevil.

The real draw to the new cast, however, is Sigourney Weaver. She portrays Alexandra with an air of mystery, yet an immense amount of charisma. In her few scenes in the premiere, she comes across as likeable, intelligent and even sympathetic. She’s already proven herself to be a great addition to the Netflix series and the wider Marvel Cinematic Universe.

While the first episode doesn’t have a ton of story progression, it is interesting to see where the characters are and the new dynamics they have with some of their friends and allies. It sets up the threat in an understated way, yet also plants enough crumbs to make you see how the four heroes will connect with each other. Overall, ‘The H Word’ was a good introductory premiere to his miniseries.