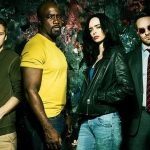 Although we’ve seen Charlie Cox’s Matt Murdock and Vincent D’Onofrio’s Wilson Fisk making their Marvel Studios debuts in Spider-Man: No Way Home and Hawkeye respectively, it’s not yet been established whether these are the same characters from Netflix’s Daredevil show, or ‘variants’ of their old Marvel Television counterparts. However, we may not have to wait […] 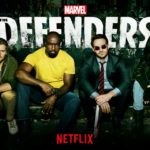 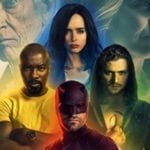 Disney owned Hulu has revealed that it is open to reviving Marvel’s cancelled Netflix shows. There have been a lot of sad faces when it comes to the Marvel shows cancelled by Netflix, particularly the popular Daredevil, which was canned by the platform after a critically acclaimed third season. While the shows moving to Disney+ […]

Charlie Cox, the star of Daredevil, has said that The Defenders season one was too slow but that he would like to see another one. There was plenty of build up and associated hype for The Defenders, the Netflix show which united the disparate Marvel heroes in one miniseries. The show, however, wasn’t received well, […] 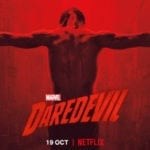 With Netflix announcing that the third season of Daredevil is set to arrive next month, Marvel’s Head of Television Jeph Loeb has been chatting to Entertainment Weekly about the future of the streaming service’s Marvel shows, stating that the ultimate decision about what comes next is down to Netflix. “Does Marvel have an idea as […] 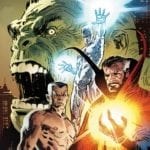 Doctor Strange, The Immortal Hulk, Namor the Sub-Mariner and The Silver Surfer are set to reunite as the original Defenders return for all-new stories this December with Defenders: The Best Defense. With an assembly of stellar creative teams, writers and artists such as Chip Zdarsky (Marvel 2-In-One), Gerry Duggan (Deadpool), Jason Latour (Spider-Gwen), Simone Di […] 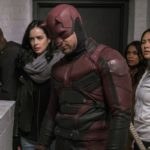 The actor behind Daredevil, Charlie Cox, doesn’t know if there will ever be a second season of The Defenders. When the Netflix corner of the Marvel Cinematic Universe was pitched to fans it was with the idea that it would all build up to a team-up series called The Defenders. This eventually happened but the […] 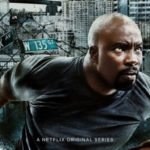 Red Stewart chats with costume designer Stephanie Maslansky… Stephanie Maslansky is an American costume designer who has been working in the film and television industries since the late-80s. She is best known for her work on high profile television shows like Oz, White Collar, and most of the Netflix branch of the Marvel Cinematic Universe. Her latest designs were […] 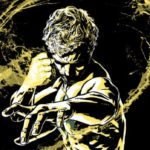 With Jessica Jones season two arriving earlier this year, Luke Cage season two set to land later this month, and Daredevil season three expected later in the year, it had been expected that we’d have to wait until 2019 to see Finn Jones’ Danny Rand back for the second season of Iron Fist. Well, it […]

The writers of Avengers: Infinity War have revealed the reason why the Netflix MCU heroes didn’t appear in the film. Infinity War was billed as the biggest team-up event in the franchise’s history and it certainly delivered. However, there were notable absentees from the roster of heroes present, including Netflix’s Defenders. Explaining their decision not […]