Ricky Church reviews the third episode of Marvel’s The Defenders…

The third episode of The Defenders takes it biggest leap yet in assembling the team as all four of them come together for the climactic fight scene. It was an entertaining episode that highlighted each hero’s differences in their personalities and how they operate. There were a couple great scenes between the heroes, one in particular, as the threat begins to really loom large over the show. That said, though, there were a couple choices that dragged this episode down a bit. 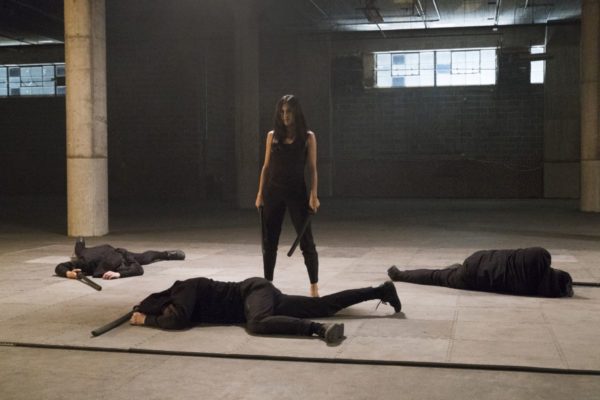 Starting ‘Worst Behavior’ off with an extended flashback with Sigourney Weaver’s Alexandra and Elodie Yung’s Elektra was an interesting choice. It was essentially a 10 minute plus training montage for Elektra as Alexandra and The Hand brought her back from death as a blank slate. This is the most amount of screen time Yung has gotten in Defenders so far, previously appearing in short scenes and fighting Jessica in ‘Mean Right Hook’.

Yung’s performance as Elektra in Daredevil was often criticized, even by me in my own reviews, for the season, but it was also Elektra’s overall role that was bothersome. She’s the Black Sky, some kind of living weapon that we still have no idea what it means other than sounding ominous and we see that she’s become, essentially, a Terminator . Yung doesn’t have that many lines here either, instead staring off into the distance or looking stern. Part of the performance is good, and Yung seems to have more of a command of the roles physical aspects, but it seems the show itself can’t decide whether to make Elektra a pure blank slate or something akin to a young child that Alexandra has to teach basic concepts to.

One the more positive side of the episode, we got our first real meeting between Luke Cage and Iron Fist in one of the most memorable scenes of the series so far. Luke and Danny had a serious talk about their fight and Luke took Danny to task over his actions. It was nice to see Danny called out for some of the mistakes he’s made and his perspective. Even in Iron Fist it was a little frustrating to see Danny making the same mistakes or points and Mike Colter gave a fine performance as he ripped into Danny. Finn Jones looked much more comfortable here and held his own against Colter. Maybe its the writing or direction of the episode, but Jones is taking true advantage of the material he has to work with in a way he didn’t in Iron Fist. Elsewhere, Matt and Jessica got to know (and annoy) each other. Cox and Ritter already have a great rapport, playing off each other very well.

By now it shouldn’t come as any surprise that the Netflix shows love their fight scenes in tight hallways, almost becoming something of a running gag. This fight has been a prominent piece of The Defenders’ marketing, but unfortunately doesn’t quite come up to par. Much like Luke Owen said in his recent piece, this fight scene is a bit of a letdown because there are a lot of cuts, most of the of the time we focus on the individual Defenders fighting somebody one on one and don’t quite get a sense of how powerful they can be together. Perhaps it’s just to emphasize that they’re not a team yet, but it didn’t live up to the potential. 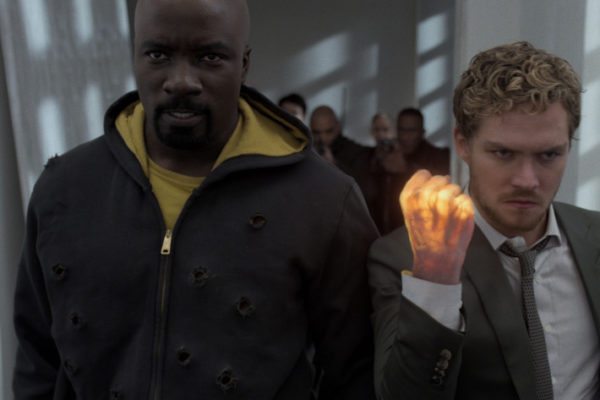 Overall, ‘Worst Behavior’ was a solid episode of The Defenders, even with its flaws. Hopefully Elodie Yung will deliver a better performance as Elektra and the future fight scenes with all four Defenders will be a bit better than what we saw here. Still, it is good to see the team coming together finally as their stories merge nicely.