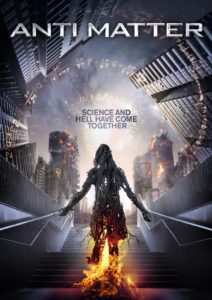 Ana, an Oxford PhD student finds herself unable to build new memories following an experiment to generate and travel through a wormhole. The story follows her increasingly desperate efforts to understand what happened, and to find out who – or what – is behind the rising horror in her life. 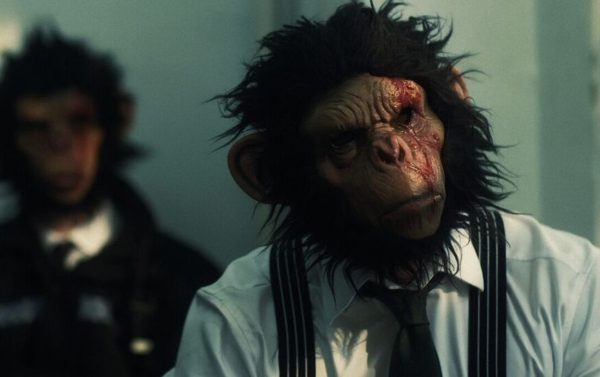 The minimalist approach to sci-fi is difficult to pull off. When it’s done well, it’s a good way to grab and intrigue your audience, open up philosophical questions and work within the constraints of a tight budget. You can’t be expansive and huge like Avatar for example, but as long as you are effective in your use of budget, and create an intimate and interesting story, then it can be effective. I think of some of my favourite Sci-Fi films of the last 20 years such as Gattaca, Cube, Ex Machina, and Primer to name a few. All done engrossingly on a low budget.

Anti Matter was clearly shot for a low budget. It’s going for the minimalist approach. That way comes with pitfalls. Maybe your ideas don’t hold up to the scrutiny of a low budget. Or you attempt expansive worlds on a nickel. There have been limitless examples of this, particularly in the VOD market with CGI heavy sci-fi films bloated with sub-standard effects, attempting to open a wild world that not only doesn’t look visually intriguing, but will often lack the emotional or intellectual pull. So Anti Matter comes to the table here, but what does it bring?

Well for starters, writer/director Keir Burrows ensures that philosophical questions are asked of the audience. Then he goes further by crafting an intelligent, involving and flowing screenplay as a backdrop for tight direction and some great cinematography (courtesy of Gerry Vasbenter). Three scientists, Ana, Nate and Liv work on creating a matter transporter. They push boundaries in their lab until they think they have it cracked. From marbles, to caterpillars, to cats, every experiment works, but in order to seek the funding to push things into potentially world changing developments, they need to successfully navigate a human test. Ana (Yaiza Figueroa) takes the challenge. Seemingly it goes off successfully. She is transported instantly but something doesn’t feel right. She struggles to remember things and loses track of time. Her notes are stolen. Seemingly targeted and struggling to make sense of things she slowly loses a grip on sanity and questions the motives of her colleagues. 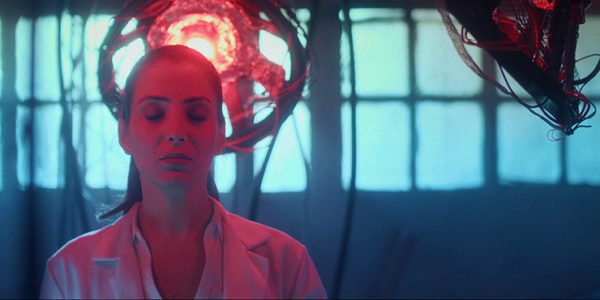 Everything drives forward to a memorable finale whilst we’re left to ponder the nature of humanity, personality or the concept of the soul. It’s a cracking film. The film’s science I couldn’t tell you one way or another as far as accuracy, but it’s certainly believable. That’s key when you go as far as showing the science of your science fiction. It must be believable. Stylistically the film made me think of Vincenzo Natali, an underrated director with a strong background in Sci-Fi, starting with horror film Cube and also the underrated Hitchcockian sci-fi Cypher. Those nuggets aside, the film plays like a cross between Primer and Memento, but with very much its own distinct qualities.

The cast are good. Figueroa is effective as Ana, as her mind struggles to comprehend what is happen. Philippa Carson and Tom Barber-Duffy offer solid support as her scientific cohorts. As mentioned, Burrows direction is gripping and the film also has an atmospheric score from Edwin Sykes.

Anti Matter is a deeply involving film which uses its low budget as a strength rather than let it be a weakness. It’s rare in this genre to pull that off and the script is utterly essential in that feat. Intelligent and moving with a great pay off.