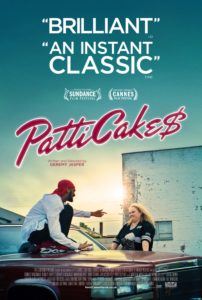 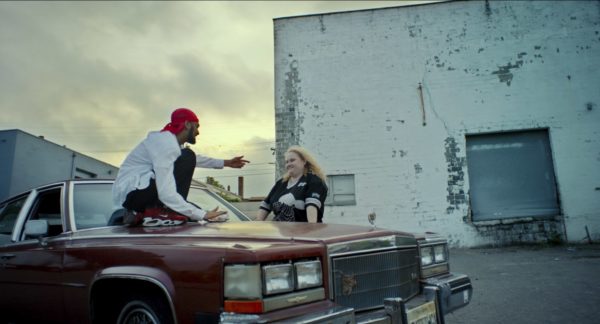 That was made in 2002.  Fifteen years later, we have a similar story but with a girl at the centre – and one who doesn’t fit the conventional image of a potential star, musical or otherwise.  Patricia Drombowski (Danielle Macdonald) revels in akas like Killa P and Patti Cake$ – and she’s a curvy girl.  Her size shouldn’t really be an issue but, in the context of the film, it is.  Constant cat calls of “Dumbo” and “White Precious” are all aimed at her weight and designed to put her in what the bullies see as her place.  She may be hurt by them, but doesn’t stay knocked down for long: if anything, they spur her on, making her determined to confound all those low expectations. 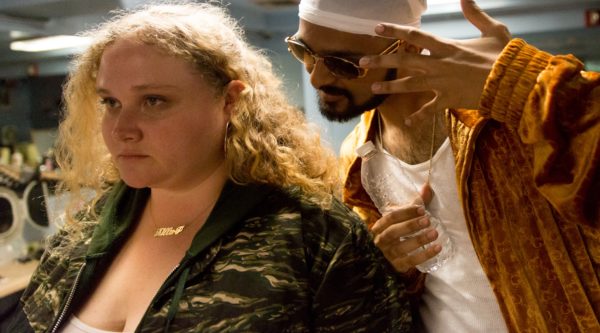 Who doesn’t love a rags to riches/star is born story?  Patti Cake$ fits neatly, if unconventionally, into both categories.  Patti is the main breadwinner in her home, one that she shares with her mother Barb (Bridget Everett), a singer in her own right but in a more raunchy, rock mode.  Her liking for the bottle means that she’s a failed one, a reminder to her daughter of how her life could turn out if she doesn’t escape.  There’s also her grandmother (Cathy Moriarty), a joyously feisty broad in a wheelchair with a medication bill that eats up all of Patti’s earnings.  Rap is the teenager’s escape, and she’s good at it, but she’s also constantly torn between her responsibilities and her ambitions.  And Barb doesn’t help with her attempts to steal the limelight and re-capture the career that she never really had.

Bold and overflowing with confidence, this is an assured debut from first-time director/writer Jasper.  And, while his story leans towards the derivative, its energy and spirit help shake off those memories.  He’s also been gifted two scene stealers as leading ladies.  Danielle Macdonald is a real find as Patti, a star in the making with genuine screen presence and the ability to bring the character, with all her complexities, to life.  She’s a leading lady with balls.  Bridget Everett, a more familiar face thanks to collaborations with Amy Schumer, makes a formidable Barb, exerting a powerful influence over her daughter, both good and bad. 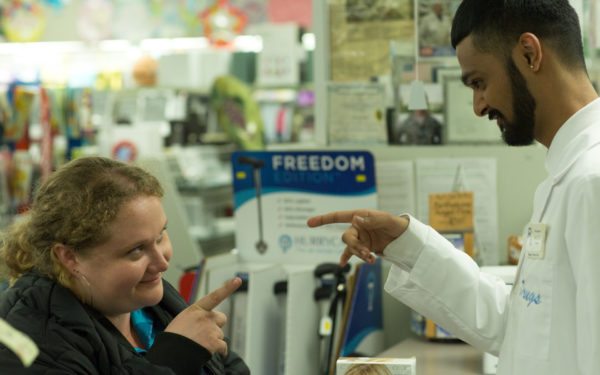 What Patti Cake$ lacks in originality, it more than makes up for in humour, zip and, to use a word that its characters would no doubt think was seriously uncool, charm.  And that applies even if the music isn’t to your taste. The film has more than its fair share of all of all three, but most importantly of all, it burns with Patti’s ambition and desire for acceptance.  She’s the title, she’s the story – and she’d probably make a rap out of that.