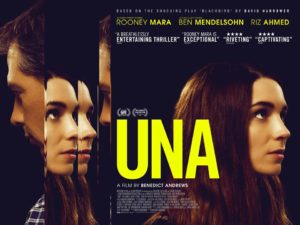 Fifteen years ago, teenager Una ran away with an older man, Ray, a crime for which he was arrested and imprisoned.  Now she tracks him down at his place of work in an attempt to discover the truth about their relationship.  It’s a confrontation that will shake them both. 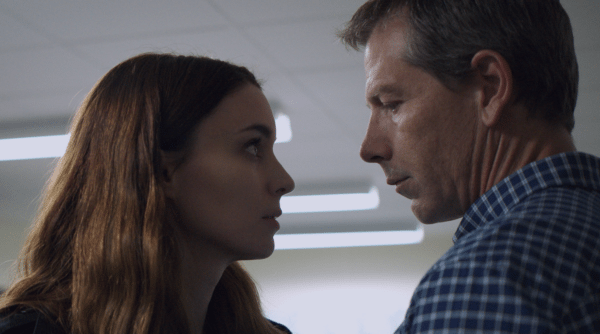 A film about love or abuse?  When Blackbird was first performed on stage in 2005, it won plenty of attention – for its awards and its controversial attitude to a taboo subject.  Now, some 12 years later, the film version arrives on British screens as Una, with a script by the original playwright, David Harrower, and with first-timer Benedict Andrews in the director’s chair, after helming one of the first stage productions.

On the surface, this sounds like a revenge story.  The Una of the title (Rooney Mara) turns up at a factory where a man she knows as Ray, but who now goes under the name of Peter (Ben Mendelsohn), is one of the managers.  When he sees her he goes white.   As the nature of their past relationship unfolds, it becomes clear that the hint of child abuse in the film’s opening moments was just scratching the surface.  What passed between them some years ago was something much deeper.  Una is clearly damaged by what happened.  But is he? 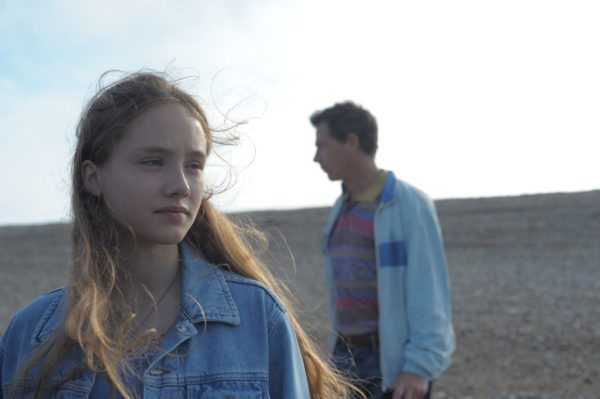 It’s another instance of deeply disturbing concealed behind a veneer of normality, in this case an estate of manicured detached houses.  Ray was a friend of Una’s father, she was 13 while he was in his 40s.  He’s been to prison, apparently paid for his crime, and has re-invented himself: new name, new wife, new life.  She’s now in her 20s but hasn’t moved on at all.  And that’s because she’s convinced he ran out on her all those years ago. And, as far as she was concerned, she was in love.

Abuse.  Love.  Revenge.  They’re all mixed into a heady brew that moves into uncomfortable territory, where Ray’s feelings and motives become ambiguous and he appears to be justifying his actions.  He tells the older Una that he loved her and that she was “the only one”, twisting a phrase usually saved for a more acceptable context.  And his behaviour will divide audiences, raise hackles even, so credit to Mendelsohn for making his character so believable, a man who fights shy of the damage he’s done to both of them.  It would be too easy to see Una as a bunny boiler and Mara makes her more than a woman in search of revenge.  She wants her childhood back, something she can never have, and it’s unlikely she’ll ever recover from what happened between her and Ray. 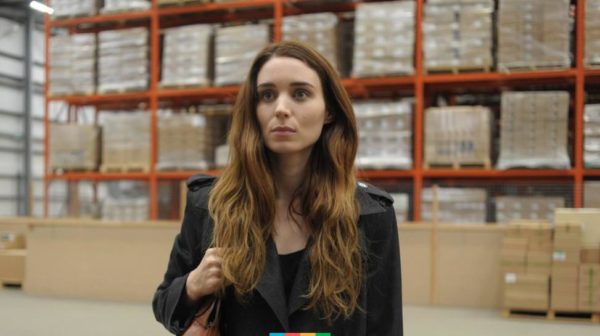 The film is wrapped up in a nerve stretching atmosphere, one that encourages the thought that the feelings between Una and Ray could be resurrected in the blink of an eye. It’s unsettling, brooding and still claustrophobic, even though it’s been expanded from its stage origins and happily belongs on the screen in its own right.  Its emotional punch hits you straight between the eyes, lingering for some time afterwards and most of that is down to the two main performances.

As for that ambiguity, you’ll either feel singularly uncomfortable or simply outraged. The decision is left to you. What you won’t feel is immune from what’s happening on the screen.