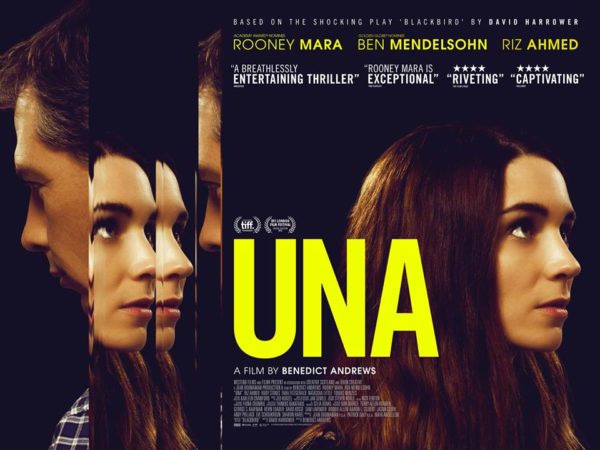 Una is about a journey, into the past and into emotions that are considered taboo.  Based on the 2005 play Blackbird, it sees Benedict Andrews making the move from theatre directing to the big screen.  And he’s more than familiar with his first feature, having been behind one of the early productions of the play.  In the film version, Rooney Mara plays the Una of the title, who tracks down Ray (Ben Mendelsohn), the next door neighbour who abused her when she was just 13.

Andrews talked to Flickering Myth’s Freda Cooper about expanding the story for the cinema, taking it into different time settings and locations, and the challenges of tackling a controversial subject.  It’s more than just a revenge tale.

Una is released in UK cinemas on 1st September.  Read our review here.