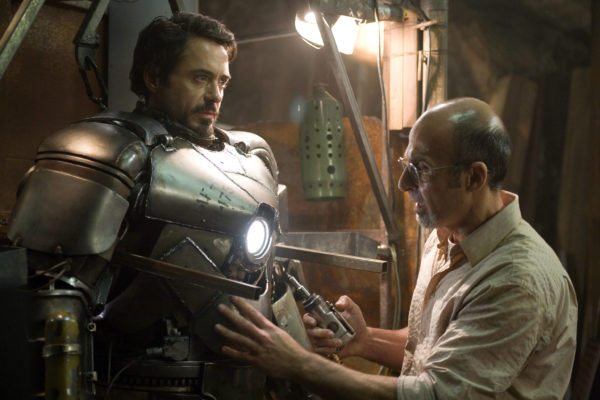 Nine years removed from the film that launched Marvel’s Cinematic Universe and we’re still learning about the attention to detail and artistic work that went in to adapting one of Marvel comic’s best known characters to the big screen. In this latest reveal from artist Ryan Meindering, we can see the intricacies of the technological components of the Mark I armour form the first Iron Man movie. Ryan shared the artwork to his Instagram where he praised director Jon Favreau, as well as talking about the fun he had working on this movie and the experiences that lead him to this point.

In keeping with my Mark I/Kirby post here is the back view of my Mark I design. It's fun trying to figure out how things could work and looking for and finding inspiration in a variety of places. I actually studied Industrial Design at Notre Dame before heading west to California for art school so I'm sure my days there came in handy for these early MCU designs. And of course I also had awesome guidance in the form of @adigranov who already had history with the character and @philjdsaunders who came from a car design background. I was in very good company. Those early days working for @jonfavreau on Iron Man are still some of my fondest memories. #dreamteam #ironman #conceptart #adigranov #philsaunders #markI #marvel #marvelstudios #conceptart #conceptdesign #jackkirby100 #jackkirby #marvelcinematicuniverse

Of course, it is artists and designers that inspire some of Marvel’s brightest characters, as each hero or villain get’s adapted for a new cinematic audience. But, none of these artists would be here, working on such beloved projects if it was not for the late Jack Kirby – a man whom would have turned 100 just a couple of days ago. In another post to Instagram, Ryan shared this tribute to the fantastic artist.

A day late but Happy 100th Birthday to Jack "King" Kirby. I wouldn't have a job without this man and I am still just as influenced by him now as I was back in the early days of Marvel Studios. My very first design for the MCU was the Mark I back in 2006 and I really wanted to stay true to Kirby's version. #jackkirby #jackkirby100 #happybirthday #talesofsuspense #firstappearance #marvelcomics #ironman #markI #comicartist #marvelstudios #conceptart