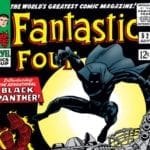 Marvel’s Black Panther made history once again this past week, becoming the first superhero movie to receive an Academy Award nomination for Best Picture (among a total of seven Oscar nominations). And, to mark the occasion Jeremy Kirby, the grandson of legendary comic book artist and Black Panther co-creator Jack Kirby, has shared his grandfather’s first […] 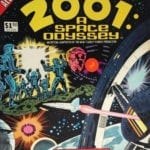 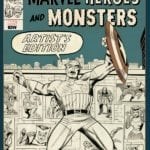 IDW Publishing released a collection of some of Jack Kirby’s most iconic and enduring heroes – including Captain America, Ant-Man, The X-Men and Sgt. Fury – this Wednesday with Jack Kirby’s Marvel Heroes & Monsters Artist’s Edition; check out a preview here… Included in this glorious Artist’s Edition are complete stories of each, and all […] 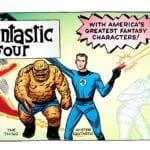 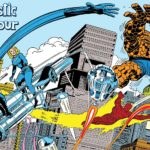 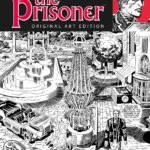 As part of its celebrations for the 50th anniversary of The Prisoner, Titan Comics has announced the publication of an oversized artist edition of a long-lost Prisoner comic book classic by Jack Kirby, Gil Kane and Steve Englehart. This special oversized collectors edition will contain the entire 17 page Jack Kirby strip, the first six […] 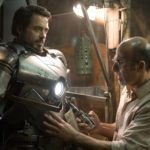 Nine years removed from the film that launched Marvel’s Cinematic Universe and we’re still learning about the attention to detail and artistic work that went in to adapting one of Marvel comic’s best known characters to the big screen. In this latest reveal from artist Ryan Meindering, we can see the intricacies of the technological […] 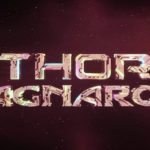 Yesterday would have marked the 100th birthday of legendary comic creator Jack Kirby, and the mark the occasion Marvel Studios chief Kevin Feige took to social media to unveil a new logo for Thor: Ragnarok inspired by the artist’s run on the comic, as well as stating that: “[The] MCU wouldn’t exist without him. Thor: […] 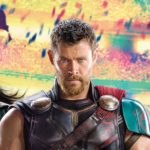 In this age of franchises and shared universes, actors are often faced with a mental struggle when it comes to keeping a certain look across many films. It can’t be easy being bald, growing a huge beard, or wearing an itchy wig on set when it’s a look that you don’t personally enjoy, or is […] 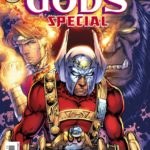 DC Comics releases The New Gods Special #1 this Wednesday, and you can take a look at a preview of the issue here… In a feature length story, Orion and Lightray must come to the aid of Forager and his people, as Kalibak has established a brutal dictatorship over the Bug colony. In confronting his evil […]