Ahead of its release this October, a poster and trailer have arrived online for the upcoming psychological horror Demons. The film is written and directed by Miles Doleac who also stars alongside Andrew Divoff, John Schneider, Lindsay Anne Williams, Steven Brand, Kristina Emerson, and Gary Grubbs; check them out below… 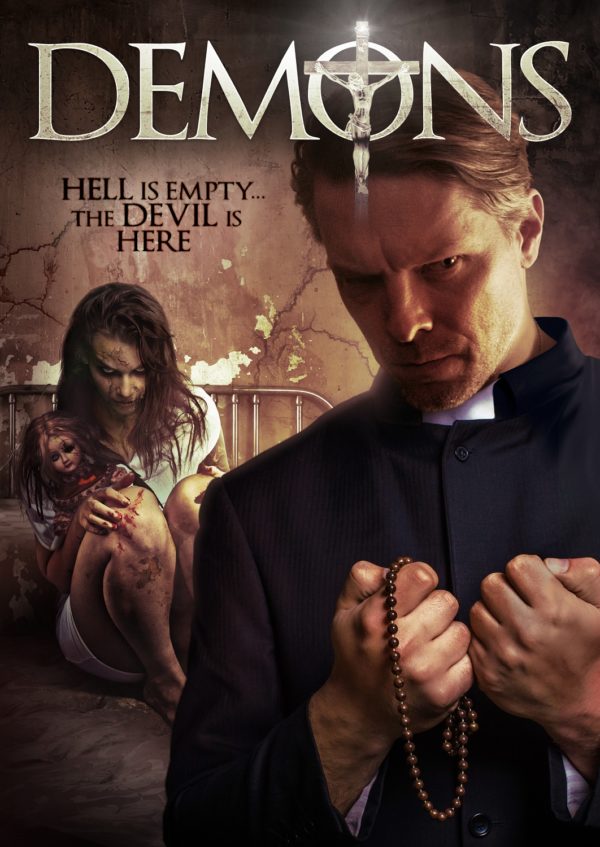 Eight years ago, Father Colin Hampstead oversaw an aborted exorcism that resulted in the gruesome death of seventeen-year-old Jewel Grant, in rural Louisiana. The deceased girl’s older sister, Kayleigh, grew immediately attached to Hampstead and sought him out, at first for grief counseling and then, for much more.

Eight years later, Hampstead has left the priesthood and become a celebrated fiction writer, specializing in stories about the occult, and he and Kayleigh, now his wife, have a beautiful daughter and run a well-known bed and breakfast in Savannah, GA. When the couple agrees to host a wedding for one of Colin’s college friends, what begins as a Big Chill-type reunion turns into something much more macabre, as the seemingly omnipresent  ghost of her dead sister Jewel compels Kayleigh to engage in bizarre, destructive behaviors that endanger the lives of both her friends and herself.

Demons is set for release on October 6th.