During the San Diego Comic-Con, Marvel’s Kevin Feige revealed that Nick Fury will be appearing in 2019’s Captain Marvel movie, and – give that it’s set in the 1990s – the former head of S.H.I.E.L.D. will have both eyes.

Well, it seems that Samuel L. Jackson is yet to sign on to the project, with the actor telling Yahooo! that: “I haven’t signed a contract, haven’t seen a script. I talked to Brie Larson the other day, she didn’t say anything. She’s the only person I know that’s actually in the movie.”

Meanwhile, in some rather surprising news, Jackson has also suggested that Nick Fury won’t be appearing in Avengers: Infinity War and its as-yet-untitled sequel (despite rumours of him being on set during the Durham Cathedral shoot):

“I wasn’t in the ‘superhero argument’ movie [Captain America: Civil War], I’m not in Avengers 3 and 4. They’re shooting them now, and they haven’t called me yet. They wouldn’t let me go to Black Panther-ville, so it’s kinda like how you gonna make a black Marvel movie and not let Nick Fury show up in it!”

Will you be disappointed if Nick Fury doesn’t make his grand return in Avengers: Infinity War? Let us know your thoughts in the comments below… 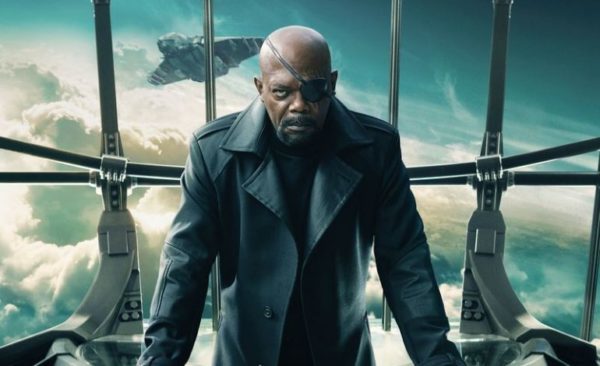