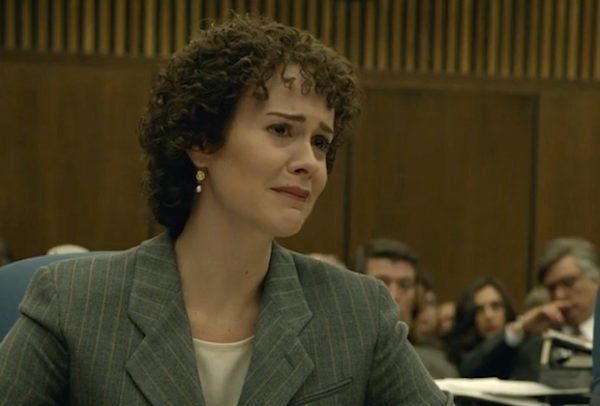 Having been pushed back to become the third season of American Crime Story behind The Assassination of Gianni Versace, FX is now pushing full steam ahead with its plans for Katrina, with Deadline reporting that American Horror Story and The People v. O.J. Simpson star Sarah Paulson has signed on to the series.

Paulson will portray Dr. Anna Pou of the Memorial Medical Center in New Orleans, who along with her team decided to euthanize critically ill patients after being trapped in the hospital for days without power in the aftermath of Katrina in 2005

Katrina will now use Sheri Fink’s book Five Days At Memorial as its source material, and will focus on an attempt to prosecute Dr. Pou after twenty of the patients’ deaths in the hospital were ruled homicides.

As a result of the new source material, there are question marks surrounding the continued involvement of the previously cast Annette Bening, Dennis Quaid and Matthew Broderick, although it is said that the producers are looking at alternative roles for the actors.