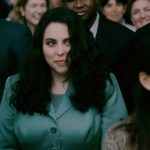 FX has released a new trailer for Impeachment: American Crime Story, the third season of the true crime anthology series. Based on Jeffrey Toobin’s bestseller, A Vast Conspiracy: The Real Story of the Sex Scandal That Nearly Brought Down a President, the series examines the scandalous events led the impeachment of U.S. President Bill Clinton […] 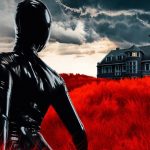 Ryan Murphy’s imprint on television grows by the day. Not only is the filmmaker expanding his presence on Netflix, but he’s now working on two new series for FX. Murphy will develop new shows, both spinning off the American Horror Story and American Crime Story name. The new series includes American Sports Story and American […] 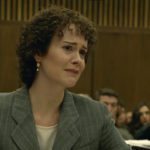 FX has announced that the third season of its anthology series American Crime Story will explore the sex scandal surrounding U.S. President Bill Clinton and White House intern Monica Lewinsky. Based on Jeffrey Toobin’s bestselling book A Vast Conspiracy: The Real Story of the Sex Scandal That Nearly Brought Down a President, Impeachment: American Crime […] 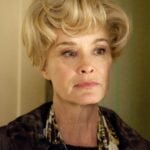 Having been absent for the past three seasons, Emmy and Golden Globe Award-winner Jessica Lange is set to make her grand return to American Horror Story for its upcoming eighth season Apocalypse – a crossover between Murder House and Coven. During the American Horror Story panel at the Television Critics Association summer press tour, AHS mainstay […] 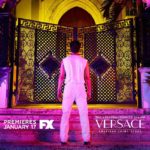 FX has released a brief teaser for The Assassination of Gianni Versace, the upcoming second season of the acclaimed anthology series American Crime Story. There’s little to see, but it certainly does a good job of setting the tone for this dramatic retelling of the murder of iconic fashion designer Gianni Versace (Edgar Ramirez) by […]

Having been pushed back to become the third season of American Crime Story behind The Assassination of Gianni Versace, FX is now pushing full steam ahead with its plans for Katrina, with Deadline reporting that American Horror Story and The People v. O.J. Simpson star Sarah Paulson has signed on to the series. Paulson will portray Dr. Anna […]

FX has announced that it is shuffling its schedule for the next two seasons of American Crime Story, with The Assassination of Gianni Versace now set to premiere before Katrina. Production is now underway on Versace, with a cast that includes Edgar Ramirez as celebrated fashion designer Gianni Versace, Darren Criss as serial killer Andrew Cunanan, Ricky […]