Last year it was announced that Common (John Wick: Chapter 2) and RZA (The Man with the Iron Fists) are producing a TV adaptation of Marc Olden’s novel Black Samurai, with Common set to take on the lead role of Robert Sand, and now Starz has announced that it has boarded the action-drama series. 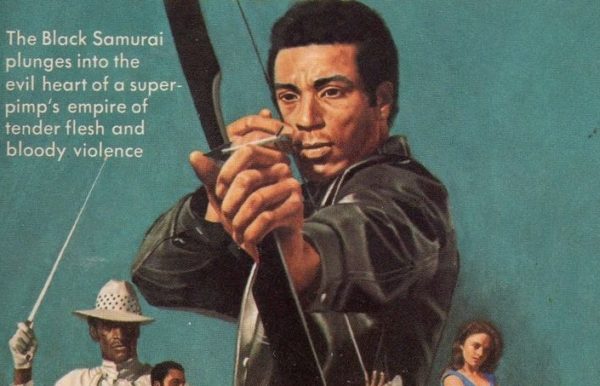 “We cannot wait for the world to meet Robert Sand – part Jason Bourne, part James Bond, and 100% the hero we need today,” said said Carmi Zlotnik, president of programming for Starz. “Black Samurai promises to be an action-packed ride and with the Bruckheimer team, Common, RZA and Andre at the helm, we can feel certain this will be exceptional storytelling.”

“I’m beyond excited about Black Samurai,” stated Common. “This is a unique and special project that offers something rarely seen in art and culture today. It’s an honor to play the character of Robert Sand and to have my production company, Freedom Road Productions partnering with Jerry Bruckheimer Productions, RZA and Starz to deliver something fresh and new to people. I can’t wait to dig into this character and the martial arts worlds of gun-fu, kung-fu, jujitsu and more. Look out world, Black Samurai is coming!”

“I’ve been a fan of the Robert Sand character since I was a kid, Black Samurai being one of the films that got me into the martial art genre,” added RZA. “A chance to combine with Jerry Bruckheimer, Common and Andre Gaines to reintroduce this character to a new generation makes myself and my partner Mitchell Diggs at Wu Films super stoked. With the Wibbs leading the writing team and Starz as our outlet, I’m certain the series will find its fan base.”

Black Samurai is being written by showrunners Cormac and Marianne Wibberley (National Treasure, National Treasure: Book of Secrets, Bad Boys II) and follows Robert Sand, an American Army Ranger who is trained as a samurai by a legendary Japanese master, and sets out on a journey of revenge after his sensei and samurai brothers are brutally murdered by mercenaries.