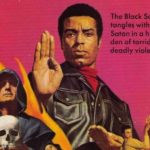 Last year it was announced that Common (John Wick: Chapter 2) and RZA (The Man with the Iron Fists) are producing a TV adaptation of Marc Olden’s novel Black Samurai, with Common set to take on the lead role of Robert Sand, and now Starz has announced that it has boarded the action-drama series. “We […]

Variety is reporting that Common (Selma, Suicide Squad) has signed on to star in a TV adaptation of Black Samurai, which is being executive produced by RZA (The Man with the Iron Fists). Black Samurai is based on the 70s book series from Marc Olden and “follows the story of Robert Sand (Common) who is […]