The Weinstein Company announced yesterday it has given its remake of the French film The Intouchables a new title. Starring Breaking Bad’s Bryan Cranston and Jumanji’s Kevin Hart, the remake is now going by the title The Upside. Nicole Kidman, Julianna Margulies and Aja Naomi King are also starring in the film. 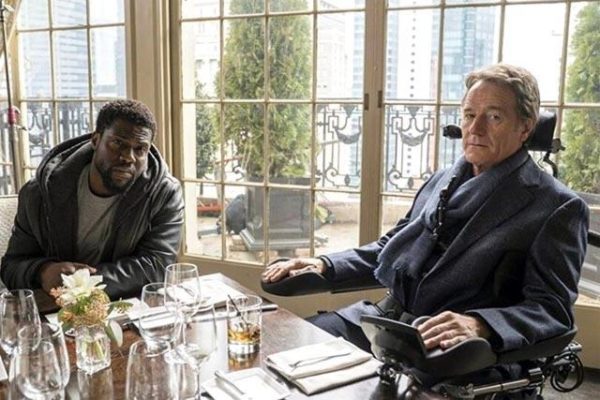 Based on a true story, the film chronicles the unexpected friendship between Phillip Lacasse (Cranston), a Park Avenue billionaire left paralyzed after a hang-gliding accident, and convicted felon Dell (Hart), recently released from prison and in need of a job and a fresh start. From worlds apart, Phillip and Dell form an unlikely bond, bridging heir differences and gaining invaluable wisdom in the process, giving each man a renewed sense of passion for all of life’s possibilities.

“The film is about two people giving life a second chance and learning to connect through small acts of respect and compassion,” director Neil Burger said. “We’re all very proud of the movie and especially the performances of these two brilliant actors who have amazing chemistry together. The whole team behind the film is incredibly eager for audiences to experience this very funny, heart-felt story.”

The Upside will have its world premiere at the Toronto International Film Festival next month before getting a wide theatrical release on March 9, 2018.