Martin Carr reviews the fifth episode of The Strain season 4… 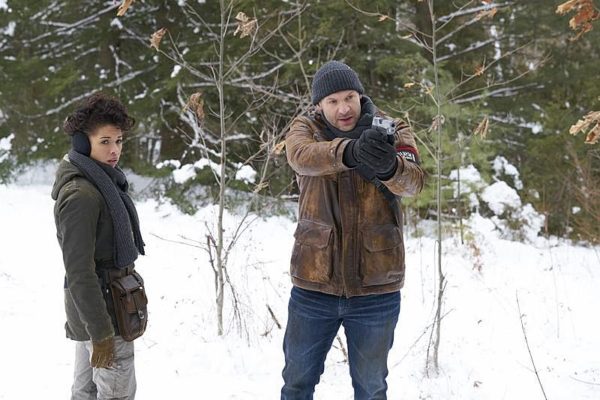 Solid character scenes, period drama flashbacks and a moment or two of hard-core hand to hand atop moving vehicles, make this mid-season waypoint one of the best thus far. Moody camera colourisation and moments of a blossoming relationship in Edwardian London, hark back to Coppola’s Dracula whilst adding depth to our favourite Strigoi. Cross cut that with the present day where a grudging chemistry continues developing between Fet and Quinlan and you could say things are ticking over nicely.

For our requisite helping of human degradation, head shaving and last-minute rescues we our once more reliant upon Dutch, all sallow, waif like but carved from granite. Tension is slowly borne of claustrophobia, dingy lighting and grey washed detention centre walls. Sammel’s Eichorst haunts these corridors offering little solace, maximum menace and violent understatement. In the scenes he shares there is a back history which adds meat to the bones of each encounter. 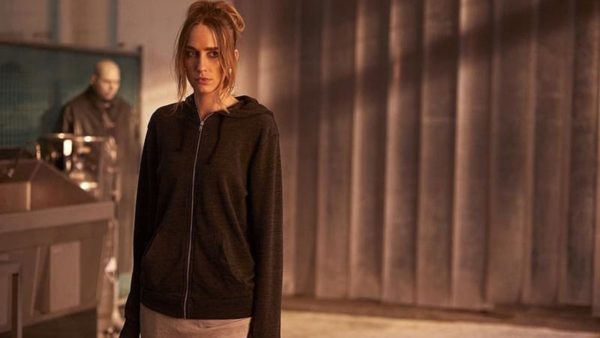 Elsewhere Goodweather continues the trek towards a new horizon hoping to uncover some clues regarding an overarching plan. Stoll remains reliable and resourceful under pressure uncovering a horrendous truth which we have been clued into for some time. However knowing the intention takes nothing away from this episode in terms of diminishing impact. With The Strain it has always been about the journey not necessarily any need for elaborate set pieces.

As these tangents are slowly drawn together it is heartening to know there are still pockets of resistance not yet ready for a processing plant. Humans might be nothing more than cattle, having been shaved, lied to, exploited and then harvested, but thematically there is much to be explored beyond the shock tactics. In certain parts of this world people are being held with no probable cause, no recourse to due process and detained indefinitely beyond the jurisdiction of a first world government. Subjected to undisclosed interrogation techniques which circumvent human rights and civil liberties in favour of grey area diplomacy. 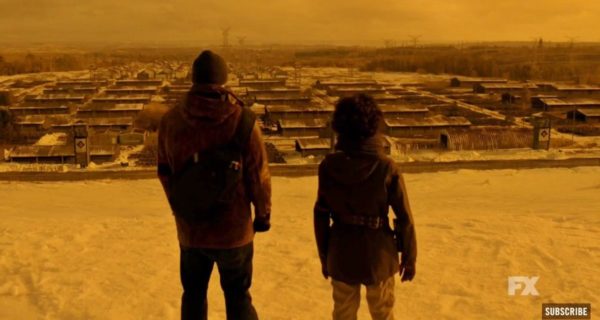 The Strain may be many things but the allegorical elements interwoven with minimal subtlety ring truest this week. Terrorism can come in many different forms from minor infiltration to deep cover operatives buried like tics in far-flung countries. This fictitious infection of a known world by Strigoi is both topical, relevant and timely in the worst way. An overarching mastermind using human emotion as a driving force, gains several footholds in areas of power then rounds up people like lambs to the slaughter. Although The Strain continues to entertain we are now coming closer to the original intention behind Hogan and del Toro’s print trilogy. A warning of biblical proportions concerning the state of our world should some particularly powerful potentate get the keys, codes and inclination to take control.