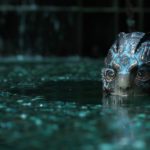 Mr. X is the visual effects company responsible for the visual storytelling of many films and television series including Vikings, Godless, mother!, Pirates of the Caribbean: Dead Men Tells No Tale, Crimson Peak, and Molly’s Game. Guillermo del Toro’s The Shape of Water won big at this year’s Academy Awards, including Best Picture. MR. X […] 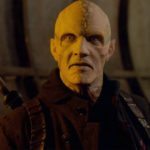 Martin Carr reviews the season four – and series – finale of The Strain…  That things come to an end is a fact of life. Most serials never have a best-selling source material or guaranteed audience, relying solely on the fickle nature of television audiences. Others are lucky enough to have someone like Guillermo del […]

FX has released a promo for Sunday’s series finale of The Strain, entitled ‘The Last Stand’; watch it below… SEE ALSO: The Strain Season 4 Episode 9 Review – ‘The Traitor’ In the series finale, Quinlan devises a desperate plan, but the costs are enormous. Eph wrestles with his conscience, Fet undertakes a suicide mission, […] 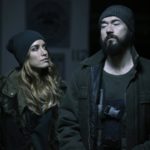 Martin Carr reviews the penultimate episode of The Strain season 4… As we near the end of a four-year odyssey there are layered dialogue scenes, moral questions on both sides about bearing the blame and slicing and dicing aplenty. As we watch ‘The Master’s final trump card being played, disciples being interrogated and megaton bombs […]

A promo has arrived online for Sunday’s ninth episode of The Strain season 4, entitled ‘The Traitor’; watch it below… SEE ALSO: The Strain Season 4 Episode 8 Review – ‘Extraction’ An unexpected guest brings old conflicts to the surface, dividing our heroes, threatening the group’s trust. With questionable new intel in hand, they launch […] 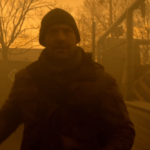 Martin Carr reviews the eighth episode of The Strain season 4… People are circling the wagons, gathering forces and preparing for a final push as the Strigoli and their omnipotent ‘Master’ scatter like flies. There is a coalescing of errant members, some summary executions and at least one reckless raid which brings closure. Emotions are […] 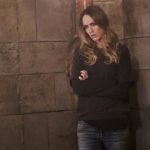 Martin Carr reviews the seventh episode of The Strain season 4… Three episodes from the end of a four year run and someone has put their foot down. Drawing together multiple threads in a seamless manner guaranteed to have audiences cheering and offering up opportunities for serious arse kicking antics to boot. High octane, low […]

FX has released a promo for Sunday’s eighth episode of The Strain season 4, entitled ‘Extraction’; check it out here… Reeling from loss, our heroes regroup. To defeat the Master, they must locate him first. Our heroes devise a new plan to track him through human collaborators, beginning at the blood farm with someone Dutch […] 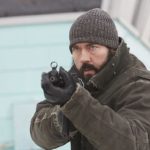 Martin Carr reviews the sixth episode of The Strain season 4… Lovelorn, love lost, love squandered and relationships shattered define episode six of this final season mid-point. Cat and mouse car chases across country with trigger happy snipers on guard, stand between salvation and disaster in the shape of an airfield exit. Throw in some […]

FX has released a promo for the seventh episode of The Strain season 4, entitled ‘Ouroboros’; take a look below… His health failing, Setrakian ignores Eph’s warnings, pushing himself to the limit in his quest for victory and revenge. Fet and Quinlan race back to Manhattan, while the Master seals off the city and prepares […]