At the beginning of this week we brought you a rather large list of games set to appear on the upcoming gaming machine dubbed The64, designed to return us to the classic days of the Commodore 64.  Set to arrive in a number of formats including a large full-sized keyboard, a handheld gaming device and The64 Mini.

The latest update gives us a glimpse at The64 PCB, another look at the trial plastics but here we can see the keys have now received their appropriate letters and also the team have revealed another chunk of games that you can expect to see on the upcoming machines. 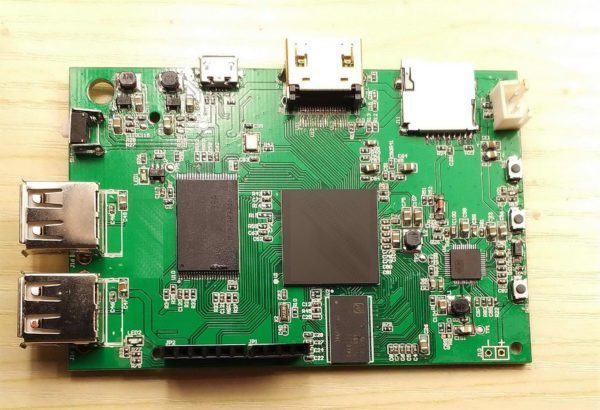 The first image on show is the PCB for The64, it’s highlighted within the latest update that this is currently being tested before the final production run begins. We’ve seen a number of trial plastics before – in a number of different stages – along the way within the updates, but now The64 Mini really looks the part with the letters & numbers printed upon the keys.  Remember the Mini keys aren’t functional, but you will be able to plug in an external keyboard if you wish to.  The large unit will have a functional keyboard.

Finally as mentioned here’s more games that will be appearing on the machines, and as classic gamers will recognise they are from the highly respected Hewson Consultants. Which as we know produced games that were both excellent and amazingly difficult at the same time.

The latest games announced include :-