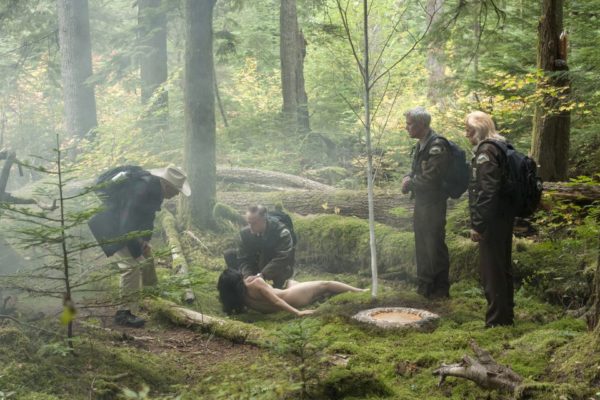 With more coming out about the Blue Rose cases, as Twin Peaks reaches its final run, “Part 14” is dedicated to the memory of David Bowie and brings back his character, Philip Jeffries, in a clip from Fire Walk With Me. Pointing to Cooper and asking, “Who do you think that is there?” the new era of Kyle MacLachlan playing three different Coopers makes this question more alarming. It turns out the first Blue Rose case involved doppelgängers as well, and even Tibet, Cooper’s favorite place, gets a mention when Tammy calls Blue Roses tulpas, from the Tibetan idea of beings brought into existence by belief.

Remember when Sarah Palmer was watching those animal documentaries on TV? It’s not as though her confrontation with “Truck You” guy was entirely her doing (supernatural forces are at work behind her face) but it does explain some of the aggression behind her biting off “half his neck,” when he won’t leave her alone. 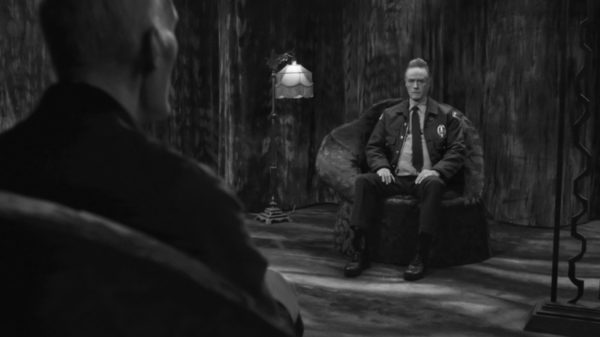 Opposite to the man coughing up blood in the Twin Peaks jail cell (possibly Billy, and possibly tracing back to the zombie girl Bobby encountered in episode eleven), Sarah has no blood on her person, preventing the suspicious bartender from naming her responsible. Twin Peaks has always been about sticking to its popular watering holes, so the move to the Elk’s Point #9 Bar is significant, if consistent with Sarah’s desire to drink alone. She had to deal with Hawk last time she was recognized at the grocery store. She’s not going to make the same mistake twice and bite someone at the Roadhouse.

Speaking of Billy and the Roadhouse, we finally have a conversation take place before the closing musical number that pertains to what’s been troubling Audrey the last two episodes. Billy and Tina are real and, according to Tina’s daughter, he wasn’t in the best of health last time she saw him, jumping over a six-foot fence. 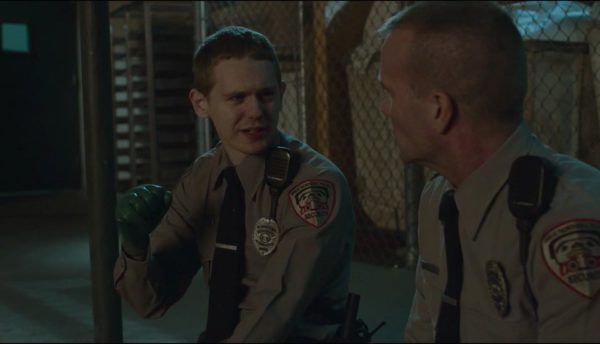 This may come as a surprise, but James hasn’t quit his day job, to sing “Just You” full time, and on his birthday that means his coworker, Freddie, has to tell him a story only Freddie’s doctor’s heard before – the story of how Freddie became attached to his green, rubber glove at the Giant (or Fireman’s) behest.

Suddenly this hero from London comes in to save Twin Peaks (and, like Bobby, he has a life on his hands that wasn’t taken in the line of duty), when they already have a satisfying champion: Andy. Of all the characters to wind up in the White Lodge with the Fireman, Andy might not be the person people expect (especially anyone watching The Return blind), but on the original series it was always Andy who stepped up to the plate when people needed him. It’s nice to see that hasn’t changed with time. 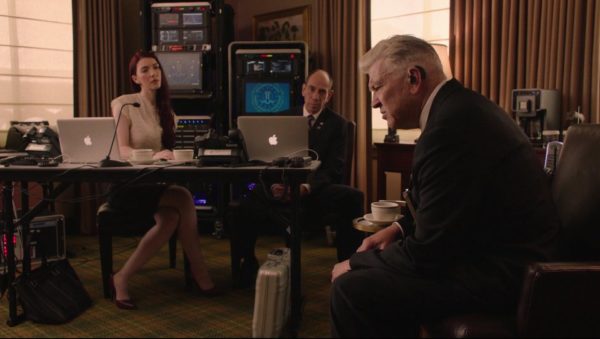 What has changed — the Giant’s name: We know the Woodsmen of the Black Lodge are looking for a light, and lights start fires (not unlike the one that took out the mill in season one). Hawk’s map mentioned black fire, and the Log Lady’s been sensing something coming. A Fireman, who puts out fires, is as appropriate a name as any for the Giant to take on.

Discovering Diane’s reasons for communicating with Bad Cooper becomes a priority after learning Janey-E’s her half-sister. If Dougie and Janey-E’s marriage holds up in a court of law, that makes Cooper her brother-in-law. Sisterly estrangement could explain why she’s never seen a picture of the happy couple together but her reply to Bad Cooper’s text, “Las Vegas?” in episode twelve was, “They haven’t asked yet.” 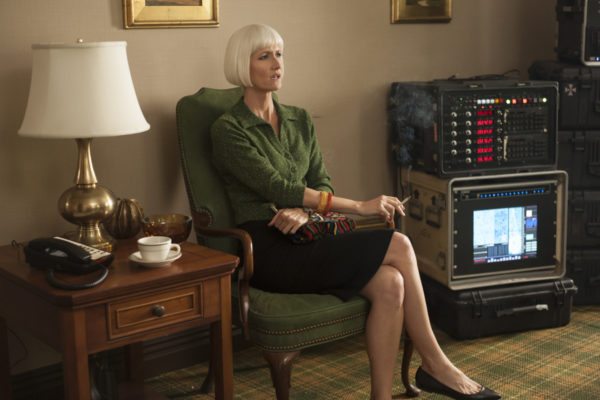 It’s one thing for Diane to work with Bad Cooper to understand, or find out, where Good Cooper is, but if she’s known all along, and hasn’t said anything, that’s a problem. Bad Cooper knows where Dougie lives. He’s taken out hits on Janey-E and Dougie’s lives. She’s not protecting them by staying undercover (and if she hates Janey-E, that’s no wonder) but could Diane be working for the wrong color Lodge? The original series turned Diane into a mythic figure. Cooper communicated with her by tape, not in person. If he knew her once, maybe he didn’t see her turn to the dark side until it was too late.