With less than three weeks to go until its UK release, a new poster has arrived online for Benedict Andrews’ upcoming drama Una featuring Rooney Mara and Ben Mendelsohn; take a look below… 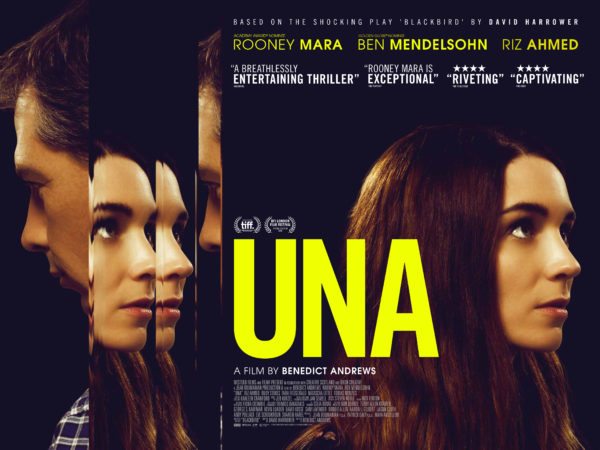 UNA follows a young woman’s journey to reclaim her past. Fifteen years earlier, Una ran away with an older man, Ray, a crime for which he was arrested and imprisoned. When she comes across a photo of him in a trade magazine, Una tracks him down and turns up at his workplace. Her abrupt arrival threatens to destroy Ray’s new life and derail her stability. Unspoken secrets and buried memories surface as Una and Ray sift through the wreckage of the past. Their confrontation raises unanswered questions and unresolved longings. It will shake them both to the core. UNA gazes into the heart of a devastating form of love and asks if redemption is possible.

Una is set for release on September 1st in the UK.