Here’s a question for you lot out there: What happens when you take a heady dose of classic 80’s cartoon action, the foul mouthed humour of Saints Row, and the open world superhero antics of Crackdown? Volition and Deep Silver look to have ticked all those boxes with Agents of Mayhem.

To set the scene, the world has fallen under the rule of LEGION, the League of Evil Gentleman Intent On Obliterating nations, after events at the end of Saints Row IV. Following their global attack, Persephone Brimstone (a former lieutenant of LEGION) founds MAYHEM, the Multinational AgencY Hunting Evil Masterminds, to take them on and stop the nefarious plans of Doctor Babylon. Bringing together a set of uniquely skilled Agents from all over the world, MAYHEM are the only ones capable of stopping LEGION in their tracks.

See, that’s your Saturday mornings watching the likes of MASK, G.I. Joe, Centurions et al. Hell, you can even go further back to Gerry Anderson’s classic supermarionation days of Thunderbirds, Stingray… anyway, you get the picture.  The story is pure unadulterated cartoon joy, and is told in the exact same manner, with beautiful animated cut scenes that hearken back to those cartoon classics of old and drive the story along.  It’s pure hokum, but entertaining to watch and to play!

Leaving said story aside, the game in a nutshell is an open world, team based third-person shooter with some light resource gathering and skill tree building.  The opening mission introduces us to three of a titular twelve potential agents you can choose to team up over the course of the game; the all-rounder in the shape of Hollywood, who’s as quick with the quips as he is with his weapons, the heavy and wonderfully named Ishmael “Hardtack” Funderburke who has quite the walloping shotgun and a teleporting harpoon special to boot, and finally the speedy scout, Fortune, who has the ability to deploy a drone capable of stunning enemies around her.  They’re class archetypes, familiar tropes, you may even say racially stereotypical in some instances, but I think Agents of Mayhem plays on this purposefully and playfully too with these caricatures.

The opening gives us a good opportunity to play with some of the tool set the agents have to work with too.  Each comes with a primary fire, a higher powered special that’s cooldown based and a Mayhem move that’s essentially a super move capable of causing much damage.  It’s here that we start to see some of the playful creativity that Volition have employed for each character.  You can see there’s been a bit of thought in matching each weapon, special or super to each of them, especially once you’re out into the open play area of Seoul.

Before that though, our initial three agents’ (that Hollywood coins “Franchise Force”) introduction has them working their way through a LEGION base to find and take out big bad, Doctor Babylon, only for it all to go a bit wrong.  It allows us to get a feel for the key team aspect of the game too when you face Babylon at the end of it.  With teleportation being used as the macguffin, you can easily switch team members mid-fight or at any time when roaming through the streets of Seoul.   It also allows for some wonderful combo stacking when you settle on a set of agents that play to your particular strengths when their specials and supers come to the fore. 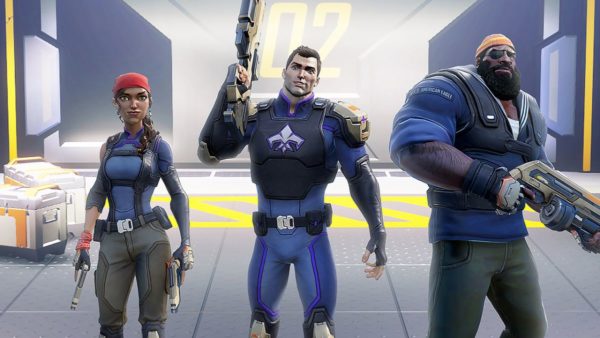 Once the initial mission is complete, we’re introduced to our base of operations; The Ark.  The main hub of the game, where not only can you select your missions, but also craft items, upgrade your agents, change loadouts, train, etc… it’s gaming base of operations 101 and filled with some colorful characters including MAYHEM boss, Persephone.  Just have a wander around and listen to some of the conversations and announcements while you’re there.  It’s sure to raise a smile!

When you finally get a chance to explore Seoul beyond the mission structure you’ll find a beautifully realised, incredibly bright, stylised and clean open world filled with plenty of points of interest, sub-missions and collect-a-thons a plenty that tend to require the need to kill x number of enemy waves or defend a particular spot or reach a particular part of the city while hitting various checkpoints.  It’s here the game starts to lose a little bit of its shine as not only does the city feel a bit devoid of life but these missions also tend to get a little bit repetitive the further the game goes on. 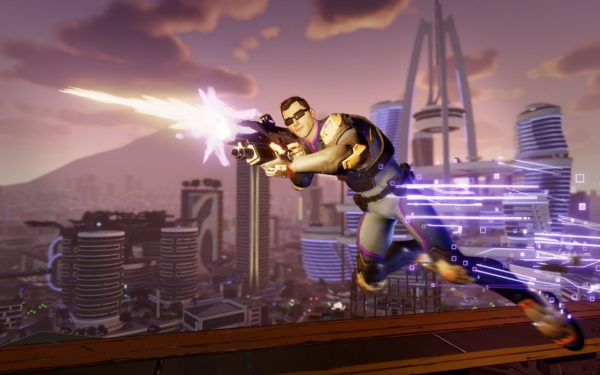 Thankfully the same can’t be said for the main storyline or secondary missions used to unlock all the agents at your disposal.  Volition’s writing and characters here shine through with some great pop culture references spread throughout the dialogue and beyond alongside plenty of innuendo.  Agent Braddock’s introduction in particular is a personal favourite of mine (as a lover of the action films of the 80s), while Kingpin’s super move that sees him drop an old school ghetto-blaster and “stun” enemies around him into busting moves, always makes me smile.

This contrast between the well delivered core of the game and the by-the-numbers filler missions drives me mad.  Is Agents of Mayhem great? Yes, it is, in places. It can be a mix of everything that was great about Crackdown and Saints Row, brought together with a cool team dynamic. It can go straight from insane, over-the-top, bombastic fun to mundane kill ’em all cannon fodder in the blink of an eye. It can and will delight, excite and please, as long as you see past its slightly rough edges.