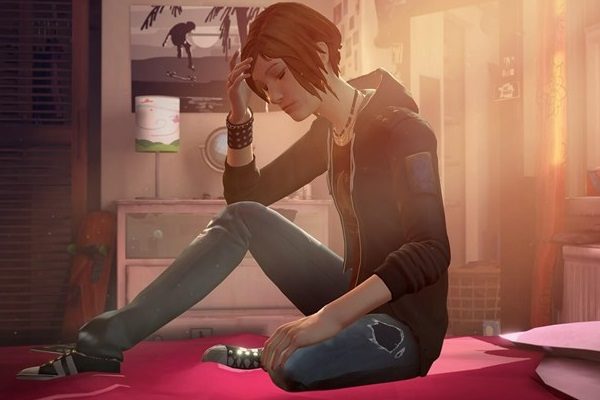 With original Life is Strange developer Dontnod Entertainment sitting out this prequel spin-off, which was instead helmed by Deck Nine (Cool Boarders devs formerly known as Idol Minds), there are plenty of reasons to be skeptical, least of all that this is the studio’s first project in four years.

The three-episode mini-series Before the Storm focuses on original protagonist Max Caulfield’s best pal Chloe Price, some three years before the events of the main series, and while it may be a little low-stakes and scaled-back for some tastes, the season premiere “Awake” is more often than not a riveting, content-rich character study that ably stands on its own two feet.

At this point in her life, 16-year-old Chloe is a powder keg of scarcely-suppressed emotions and burgeoning feelings, dealing with not only the death of her father a few years prior, but also her mother shacking up with a new father figure she’s none-too-keen on, and Max’s recent departure from Arcadia Bay and subsequent radio silence. The episode begins as Chloe becomes friends, and possibly something more, with the original series’ doomed Rachel Amber.

The fledgling relationship between Chloe and Rachel forms the cornerstone of Before the Storm‘s first installment, and is easily its most successful element. This is in large part because Chloe as a character has had her edges softened somewhat and is decidedly easier to like, three years removed from the more bitter and sarcastic person she is in the original series.

Gameplay will meanwhile be unsurprisingly familiar to fans of what came before, the bulk comprised of the usual talking and occasional fetch-questing, the latter of which is unsurprisingly the most blandly rote aspect, especially when you’re tasked with fixing a broken viewfinder in a sequence that drags on much longer than it needs to. It doesn’t help that, at least on PS4, the controls and camera are both lumbering and slow by default, making selection of objects often more of a chore than it needs to be.

One major new wrinkle has been added to dialogues, though, by way of the “backtalk challenge”. This materialises during a few scattered sequences, where Chloe must weasel her way in and out of tricky situations with some verbal wizardry. The “challenge”, though, is laughably light, as it often merely requires parroting your victim’s words back at them in scarcely sassy style. It doesn’t quite land with the fun and intricacy that Deck Nine probably intended, but it’s hardly irritating either. 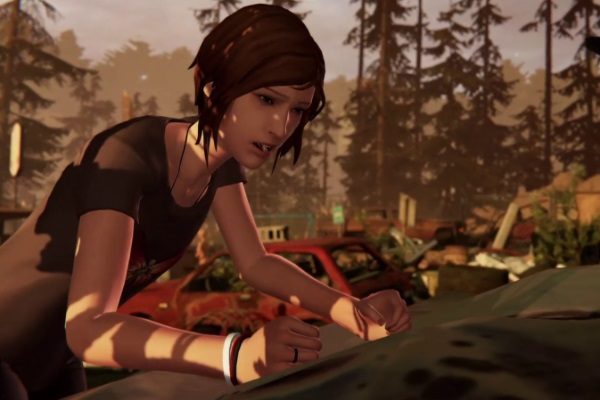 As for the cause-and-effect decision making, there’s a vagueness to the choices you make and how they might pay off in the future, much like the original series’ earlier episodes. While that could very well result in this prequel being decidedly more linear than the first series (especially as it’s limited by the original continuity), it’s also reasonable enough to expect a satisfying pay-off in two episodes’ time.

Visually, Before the Storm is largely in step with what came before, once again showing Telltale how artful adventure fare is done. That said, while the 2015’s original felt like quite the graphical leap for the genre, almost three years later a good deal of that sheen is lost, and on consoles in particular, the texture detail, lip-sync and general visual fidelity are fairly unremarkable.

One potentially emotional moment involving a picture is completely stripped of its resonance because the image in question hilariously resembles a heavily compressed JPEG. Graphically the series hasn’t yet moved on, but one suspects that Square Enix is saving that jump for Dontnod’s planned 2018 sequel.

The aural package unquestionably fares much better, thanks to the expected array of light indie rock licks and consistently emotive voice acting, ensuring that even the most cringe-worthy dialogue – which is surprisingly not as massively abundant in this entry – is at least well-delivered.

You might roll your eyes at the excessive, arguably pandering nods to Blade Runner, not to mention some of the more distractingly unnatural dialogue, but at least it’s all solidly performed. Some fans may wring their hands at Rihanna DeVries replacing Ashly Burch as the voice of Chloe due to the SAG-AFTRA actors’ strike, but if you haven’t played the original game since release, there’s a good chance you won’t even notice.

Though it’s hard to call Before the Storm a necessary follow-up on the basis of this first episode, it does add some welcome shading to the characters of Chloe and Rachel. While conflict on the supernatural scale of the original series is non-existent, it’s easy to admire a spin-off that doesn’t feel the need to try and one-up the stakes of its predecessor, but is instead comfortable being a smaller, more intimate slice of character-driven drama. Aside from one unintentionally comical, wildly overwrought temper tantrum scene near the end of the episode, it’s a gamble that pays off dividends.

Awake clocks in at a minimum of around two hours, but with the game practically begging you to smell the roses at numerous interludes, and the irresistible offer to play a D&D-style tabletop role-playing game with some of Chloe’s pals, this one can easily lean closer to the three-hour mark. For the asking price and for the general standards of episodic adventures, it’s an easy sell to fans. 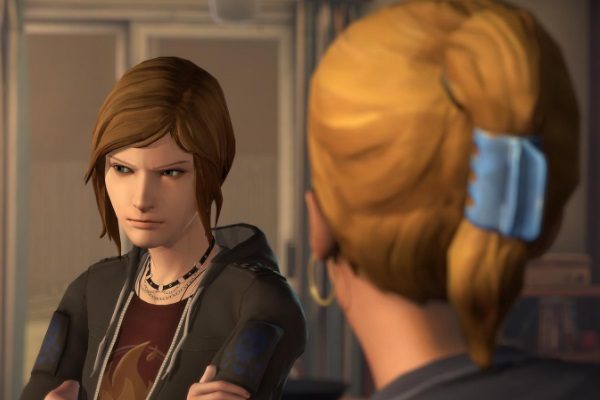 Pros:
+ Places an impressive emphasis on characterisation
+ Lasts 2-3 hours
+ Doesn’t force melodrama for the most part

Cons:
– Visuals are a thoroughly mixed bag
– Might not be substantial enough for some players
– Some sections feel like busy-work