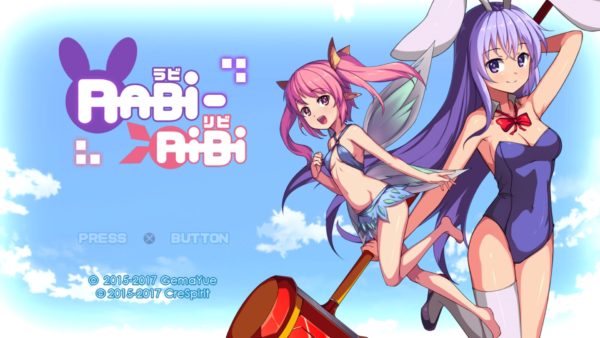 Mix one part 2D ‘Metroidvania’, a hint of bullet hell and a heavy coating of anime-esque visuals and what do you get? Rabi-Ribi. The JRPG published by PQube has been on Steam for over a year, but it’s finally being released on PS4 and PS Vita this September. It feels like a strange Frankenstein of a title, with its anime appeal, punishing gameplay and basic 2D visuals, but somehow it seems to mostly stick the landing. It won’t be everyone’s cup of tea, but if you like RPGs and don’t go in with high expectations, you may be pleasantly surprised with Rabi-Ribi.

In brief, a rabbit called Erina suddenly becomes human and must seek out her master, with the help of a small, yet punchy fairy by the name of Ribbon. The story isn’t anything amazing in Rabi-Ribi, it’s mainly used as a vehicle to switch your environments and get you tracking through the game’s various areas and zones, whilst clashing with many of the game’s key characters as bosses. It is a text-heavy game in parts and I found myself skipping through it, not because it was bad, but I found myself compelled to fight the next boss, explore the next zone, and generally just continue playing. Anime fans will like it, but outside of that, it probably won’t appeal. 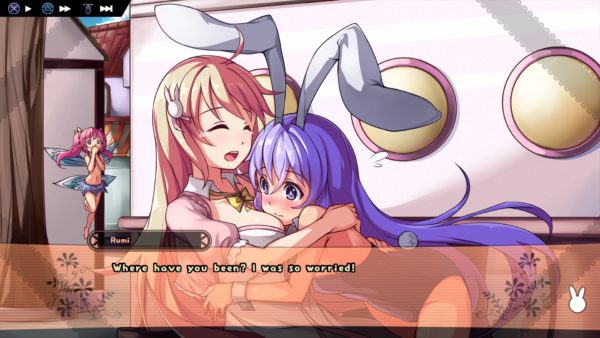 One of many awkward moments.

The game’s marketing self-proclaims it as ‘Metroidvania reimagined’, but what you get is pretty much what’s on the tin. It’s a classic, well-used formula for 2D RPGs – you progress missing various items and upgrades locked behind high ledges, locked doors or situations you’re not yet prepared to deal with, but are eventually given these abilities further down the road. In Rabi-Ribi’s case, the vast majority of items and upgrades are missable and the game actually has a variant mode depending on how you’d like to play. You can choose INSERT to focus on squishing adorable, cute monsters on a track to the game end in a mode that downplays item usefulness and makes it a more standard experience, or you can choose BLANK for a more challenging mode that expects you to backtrack for items, to be equipped enough to handle the game’s various bosses. I went for the latter as I was looking for more of a challenge and wasn’t disappointed. 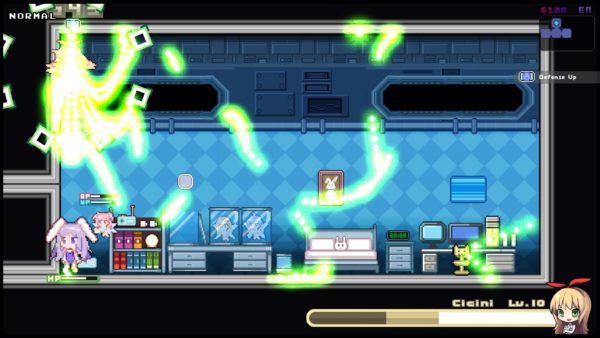 Get used to screens full of bullets you couldn’t possibly hope to dodge, like this one.

In terms of the skill-set, items and upgrades you get, there’s actually loads to choose from to suit your style of play. You’re given a bevvy of basic attacks and skills, these become more powerful and faster the more you use them as opposed to an exp-based levelling system. To a certain point some players might find this frustrating because there’s no indication of your next up-tick in power, there’s no traceable medium like EXP points, it simply just happens after a while. However, there are a bunch of variant attacks, stat-ups, and other various accessories you can find in the in-game world, or simply buy from a merchant.

While you might not like Rabi-Ribi’s typical anime-centric story or it’s cutesy-tutesy aesthetics, ultimately where it shines are its copious amounts of choice in character upgrades. It rewards exploration well and rewards you for experimenting with certain attacks in different situations, which feels great when you best a tough boss belching a screen full of bullets at you, but you beat it handily purely because you changed your arsenal and thought strategically. In that way, the combat, map & level design and Erina’s tough rogue gallery of bosses gel together in a challenging, hardened but rewarding experience in a genre that we’re typically starved of.

Most will probably take one look at Rabi-Ribi from its cover and visuals will have made their judgements almost immediately, and that’s okay. However, if you’re a fan of the GBA-era Castlevania games or the various 2D Metroid games of the past, or similar, I would actually recommend Rabi-Ribi to any hardened ‘Metroidvania’ veterans looking for a challenge. So pick up your comedically-sized mallet and go squish some disgustingly cute fairies.