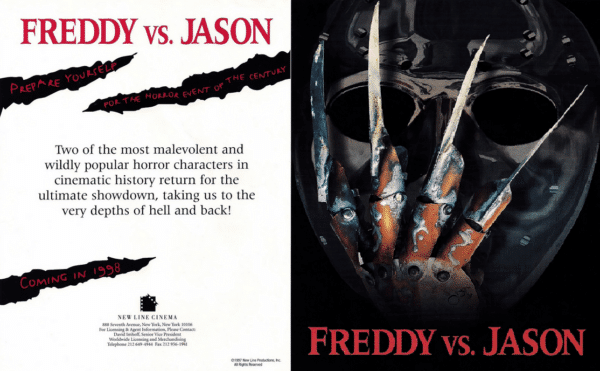 After teasing audiences in the final shot of 1993’s Jason Goes to Hell: The Final Friday, audiences would have to wait a decade before the two horror icons Freddy Krueger and Jason Voorhees traded blows in Freddy vs. Jason.

However, the slasher crossover almost happened five years earlier, with Rob Bottin attached to direct an unrealised version of the project for release in 1998. It never materialised, but a sales teaser trailer was produced for the ShoWest Trade Convention in 1997, and it has now surfaced online; check it out here…

Freddy vs. Jason did pf course finally make it to the big screen in 2003, courtesy of Bride of Chucky helmer Ronny Yu.