Ahead of its release this coming Friday, a trailer has arrived online for director Victor Mathieu’s found-footage horror The Monster Project which stars Toby Hemingway, Justin Bruening, Murielle Zuker, Jamal Evans, Yvonne Zima, Shiori Idewu, and Steven Flores; check it out below after the official synopsis… 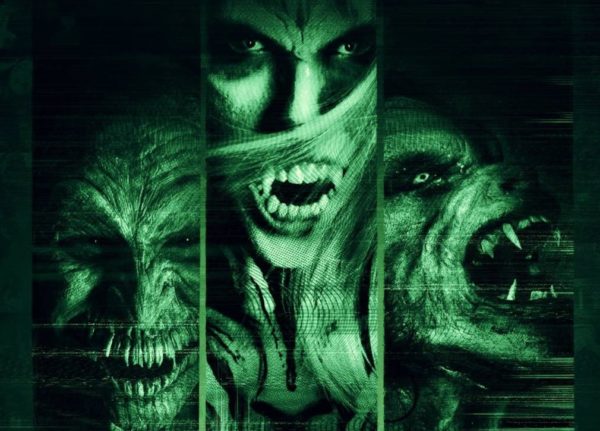 When aspiring horror filmmakers post an online casting call looking for “real life” monsters to interview for an upcoming documentary called “The Monster Project,” they receive submissions from three individuals claiming to be a skinwalker, a vampire, and a demon. Meeting the monsters at a remote mansion in the woods on the night of a total lunar eclipse, the crew invites the 3 subjects to share their haunting personal experiences.

Working on the crew alongside his roommates, Bryan, a recovering drug addict, suffers withdrawal and paranoia. As a person of faith, he fears his friends underestimate the dark powers they are summoning. When the interviews don’t go as planned, Bryan must battle the demons, inside and out, to escape the house and defeat the rise of evil incarnate.

The Monster Project is set for release on August 18th.