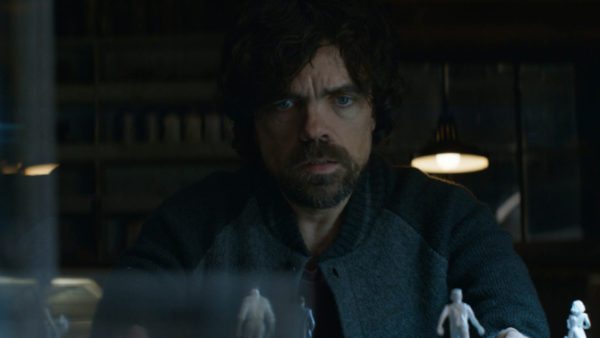 The film explores the unexplained death of Gordon Dunn (Martin Donovan), a visionary scientific pioneer whose body is found shortly after the unveiling of his newest work: a device able to extract, record and play a person’s memories. Gordon’s wife, Carolyn (Julia Ormond – Mad Men, The Curious Case of Benjamin Button, Legends of the Fall), retreats into her house and cuts off contact with the outside world when a mysterious man (Peter Dinklage – Game of Thrones, X-Men: Days of Future Past, The Station Agent) shows up. After stealing the machine, he uses it to try and solve the mystery, beginning an investigation of memories that lead him to unexpected and dangerous places.

Rememory is set to arrive on Google Play on August 24th and for a theatrical release on September 8th.