Warner Bros. has announced the details for the upcoming Blu-ray release of this summer’s hit film Wonder Woman. Directed by Patty Jenkins and starring Gal Gadot and Chris Pine, the film will be released digitally on August 29th before getting a 4K Ultra HD, 3D Blu-ray, Blu-ray and standard DVD release on September 19th. Watch a short trailer and check out the special features for the release below…

They have also announced that the Blu-ray’s special features can be accessed in a new, dynamic and immersive manner on tablets and mobile phones using the Warner Bros. Movies All Access App, available for both iOS and Android devices. When purchased digitally and redeemed on UltraViolet, the Warner Bros. Movies All Access App allows users to watch the movie and simultaneously experience synchronized content related to any scene, simply by rotating their device. Synchronized content is presented on the same screen while the movie is playing, thus enabling users to quickly learn more about any scene, such as actor biographies, scene locations, fun trivia, or image galleries. Also, users can share movie clips with friends on social media and experience other immersive content. The Movies All Access app is available for download on the iTunes App Store and Google Play Store.

The movie will also feature a remixed Dolby Atmos soundtrack made specifically for the home theater environment. 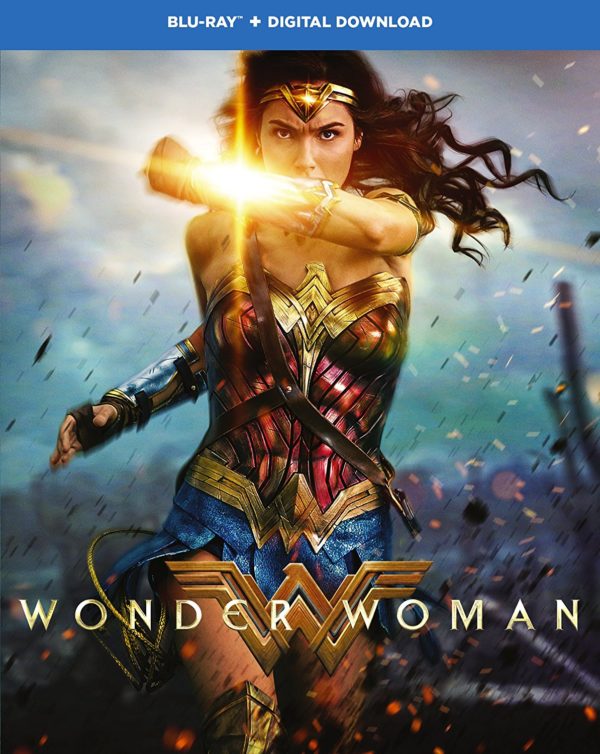 The special features for the Ultra HD, 3D Blu-ray and Blu-ray include:

Join director Patty Jenkins as she takes you on an exclusive journey through “Wonder Woman’s” most pivotal and exciting moments
— Warriors of Wonder Woman – Witness the creation of the Amazon army as the women of “Wonder Woman” transform emotionally and physically into the world’s most powerful and heroic warriors.
— The Trinity – Filmmakers and comic book creators explore the legend of Wonder Woman and how she stands shoulder to shoulder with Superman and Batman to create the pillars of the DC Universe.
— The Wonder Behind the Camera – Meet the women behind the wonder as they welcome a group of aspiring filmmakers on set for an exclusive, once-in-a-lifetime experience.
— Finding the Wonder Woman Within – Feel the power of Wonder Woman as award-winning poets and inspiring public figures reveal the impact and importance of DC’s greatest heroine.
— Extended Scenes
— Blooper Reel

The special features for the DVD are: