Paul Bettany has taken to Instagram to share a behind-the-scenes photo shot by Mark Ruffalo on the set of Avengers 4, which sees Bettany in full Vision costume, complete with reading glasses, as he takes care of some paperwork… 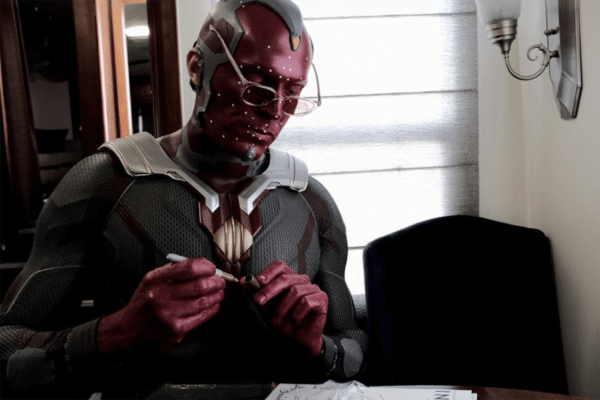 Interestingly, Vision still seems to be in possession of the Mind Stone, which Thanos would presumably need to have acquired in Avengers: Infinity War in order to complete his Infinity Gauntlet. So, does that mean the Mad Titan is yet to acquire all of the Infinity Stones by Avengers 4, or has he already been defeated?