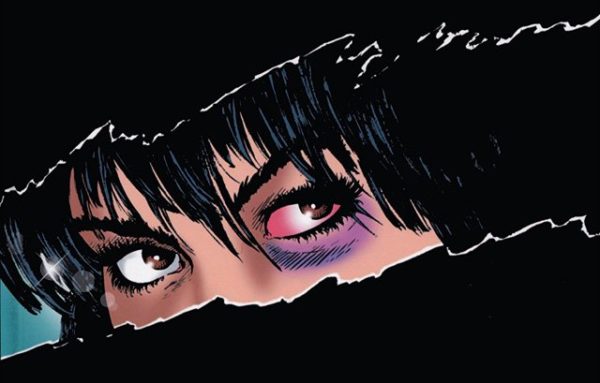 “Angela and I have known each other for years and I greatly admire her creative vision.” said Moore. “From day one our common goal was to bring Strangers In Paradise to the screen. It’s a complex story that took years to write and Angela gets it on every level. I can’t wait to get started.”

“I’ve been wanting to adapt Strangers In Paradise for over a decade, since the first time I read it and couldn’t put it down,” added Robinson. “Terry Moore writes real female characters with such breathtaking sensitivity. With Strangers In Paradise he pulls off the nearly impossible — a sexy, stylish crime story with tons of heart. I look forward to our collaboration.”

SEE ALSO: Read our review of Professor Marston and the Wonder Women here

Strangers in Paradise “follows Katchoo, a beautiful young woman living a quiet life with everything going for her. She’s smart, independent and very much in love with her best friend, Francine. Then Katchoo meets David, a gentle but persistent young man determined to win Katchoo’s heart. The resulting love triangle is a touching comedy of romantic errors until Katchoo’s former employer comes looking for her and $850,000 in missing mob money. As her idyllic life begins to fall apart, Katchoo discovers no one can be trusted and that the past she thought she left behind now threatens to destroy her and everything she loves, including Francine.”