Professor Marston and the Wonder Women, 2017. 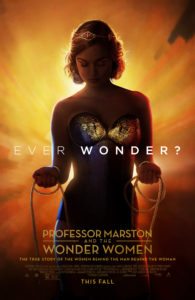 The true story of William Moulton Marston, the polyamorous relationship between his wife and mistress, the creation of his beloved comic book character “Wonder Woman”, and the controversy the comic generated in its earlier years.

This year has been a big year for Wonder Woman with her first feature film being a huge worldwide success, but now we’ve got another Wonder Woman film in a way. Professor Marston and the Wonder Women is a look at the life of William Moulton Marston, the creator of Wonder Woman, and the unconventional life he led with his wife and their partner. Writer and director Angela Robinson captures the unique relationship between these three in a compelling and mature manner.

The film is less about the creation of the Amazonian icon and more about the relationship between Martson, played by Beauty and the Beast’s Luke Evans, his wife and their partner both in work and at home, played by Rebecca Hall and Bella Heathcote respectively. The film follows the three of them finding their truest selves during a time in America where polygamy like theirs was (and still is to an extent) more than frowned upon.

Evans does a good job at portraying Marston, conveying a highly intelligent and insightful man with a passion for education and social justice. It’s clear through his performance that the growing relationship between himself, Elizabeth and Olive is more than just an opportunity to take advantage of his lust for Olive. Heathcote gives an emotional performance as Olive, conveying her confusion, attraction and compassion for William and Elizabeth very well. There is an innocence about her that gives her a very nice presence throughout the film. 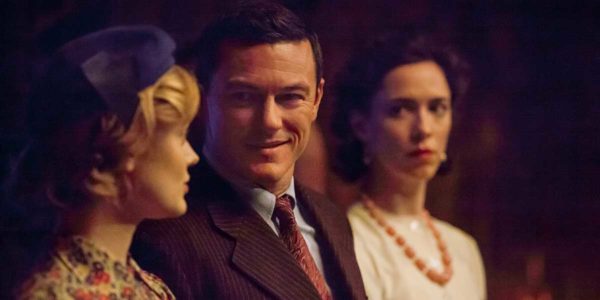 Rebecca Hall, however, gives the strongest performance in the film as Elizabeth. She’s feisty, intelligent and unafraid to speak her mind, coming up with some very entertaining one-liners throughout the film. She gives a very emotional performance as she struggles with her feelings over Olive, her lack of recognition in her field and how society will view the three of them. Hall draws you in and not only keeps you entertained, but invested in her character and the evolution of their relationship.

With great performances from its three leads, solid writing and direction from Robinson and its themes, Professor Marston and the Wonder Women is an insightful film over the life of Wonder Woman’s creator. Its well-paced, even if it does rush Wonder Woman’s creation a bit, but it really delivers in examining how she came to be through the Marston’s feminist ideals, lifestyle and, most important of all, relationship.