Back in July we covered Atari’s announcement of their plans to return to the hardware market with the Ataribox, not many details were given about it at the time (so we couldn’t get as excited as we wanted) but thanks to information released by Atari today we now know much more about our new wood veneered friend. 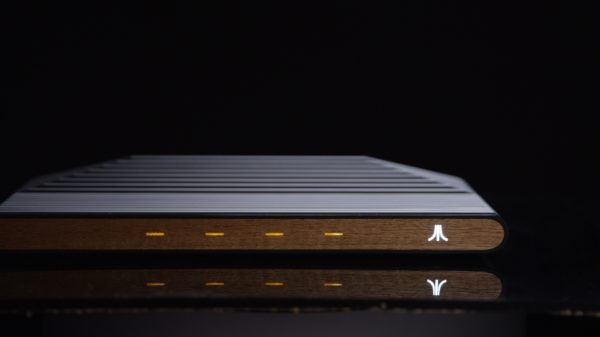 From its appearance we can see that the Ataribox has been influenced by the Atari 2600, the black plastic and wood veneer finish harkens back to those hazy lazy days of childhood gaming while its sleek design matches that of contemporary consoles.

External appearance aside, the Ataribox will run a Linux OS powered by an AMD customized processor with Radeon Graphics technology and will provide gamers with a user interface customised for the TV allowing streaming, applications, social, browsing, music as well as gaming.  Talking of gaming, the Ataribox will bring a large back catalogue of classic games as well as new games from a range of developers.

“With Ataribox, we wanted to create an open system, a killer product where people can game, stream and browse with as much freedom as possible. Atari games and content will be available as well as games and content from other providers,” said Fred Chesnais, Atari Chief Executive Officer.

Ataribox will initially be available via the Indiegogo crowdfunding platform with a full release in spring 2018 with an expected price range of $249-$299.

Leave a comment if you’re looking forward to the return of an Atari console….