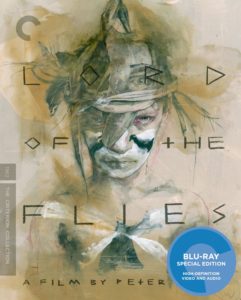 A group of boys survive a plane crash on a deserted tropical island. Divisions and splits in the social structure soon become apparent and a descent into violence and savagery looks to be inevitable. 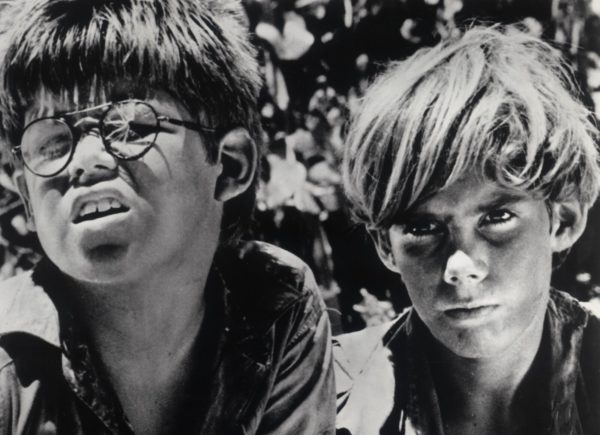 Adapted from William Golding’s novel, The Lord of the Flies is a compelling adaptation of the work, drawing together much of the source material’s fearful ruminations on the state of society. As anyone familiar with the novel (a set text in many schools and colleges worldwide) will remember, the threat of human violence and aggression is possible anywhere. This nightmarish realisation is the central theme of the story and gets no less shocking with age. What might be interesting – particularly in the light of the news of a mooted all-female version of the film – is to wonder how much this is a specifically male problem or a human one. Indeed, Golding himself commented that one of the reasons he wrote about boys was “that a group of little boys are more like scaled down society than a group of little girls will be.” In other words, it’s all far more believable as it is.

Following the boys as they wake up on a post-Nuclear fallout deserted island – information shared with the audience via some swiftly paced images of war – the machinations of social structure are soon addressed.

For a time it seems that the boys will be able to live in a sort of relaxed holiday mode. This rapidly changes however as the need to prove superiority and power over another is witnessed in familiar detail. Much of this is played out between the confident and warlike Jack (Tom Chapin) and the more thoughtful and pragmatic Ralph (James Aubrey). Also playing important parts are Piggy (Hugh Edwards) – bullied and downtrodden – possibly representing workers – and the spiritually attuned Simon… who has a deep foreboding at how the boys fates will be decided and seems to realise that ‘the beast’ – a folk-fable told on the island designed to excite and scare is ‘maybe only us’.

The idea of ‘The Beast’ is a powerful one, both in the film and in the character’s heads. The story again shows the timeless idea of how the human mind invents and how it needs myth, legends and belief systems – often inspired by fear – to control and keep order. The film makes use of clear and nauralistic documentary style cinematography and allows the young actors to really speak through the character’s lines. The result is a disturbing masterpiece and a stark reminder of just how fragile society is.

The transfer to Blu ray does the film justice and brings out a clarity of the print never seen before. This plus a huge host of features makes this an exceptional release.   Commentary from Peter Brook and audio recordings from Golding reading from his novel add weight to the picture. Also behind the scenes, a documentary, interviews and archive material.