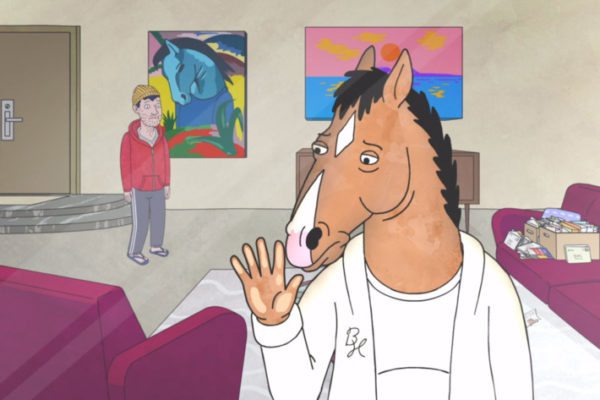 One of the things that make BoJack Horseman such an incredible TV show, is its strength and depth of characters. While BoJack is clearly the show’s protagonist, every other character in the show comes with their own set of problems and their own way of dealing with them. As we saw in the first episode of the season, BoJack can take a back seat from time to time and the show can survive without him

The third episode of the season, while still heavily featuring BoJack, is much more focused on Todd and all the crazy errands he runs for everyone. This episode sees Todd bounce from one ridiculous situation to another. Whether it’s trying to match up Hollyhock and BoJack’s DNA without BoJack finding out, trying to stop Diane from looking at her husband’s latest policies on the internet, or having to be a fake boyfriend for a movie star, Todd is always an excellent character to watch, and I’d definitely be down for seeing more episodes like this. Aaron Paul is a pro at delivering Todd’s lines at this point, and he is easily one of the show’s more sympathetic characters.

Todd is one of the show’s most lovable characters and for good reason. We often see him used a doormat for the other characters, and in many ways, that seems like an ongoing theme here. It is only in the show’s final moments that we see Todd making decisions for himself – it’s a big moment for the character and one that is beautifully underplayed. This episode is a master class in character development – Todd’s journey is subtle but incredibly rewarding and for long time fans of BoJack, it’s great to see him finally make these kinds of decisions. 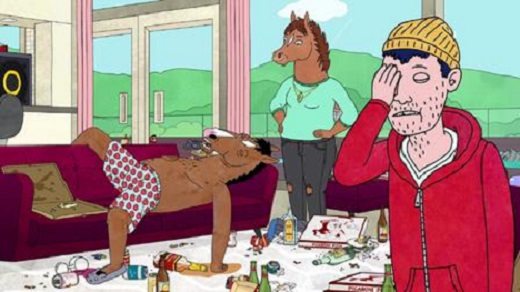 We also see BoJack trying to make up for his mistakes in this episode, especially towards the closing moments when he reconciles with Todd and Todd shares with him his recent discovery about his asexuality. It’s a poignant scene and it’s a fine testament to the show that it can just switch from whacky and hilarious to poignant and heart-felt in a matter of moments.

Mr. Peanut Butter’s governor campaign is also running in the background and it’s creating tension between him and Diane. This is a plot thread that will no doubt develop over the season as Mr. Peanutbutter continues to ignore his wife’s pleas in favor of his election result. The episode also features a pretty funny running joke about Channing Tatum and how much BoJack Horseman values him.

After the first two episodes, ‘Hooray! Todd’s Episode’ feels like a much more grounded episode of the show, with everyone getting back to their usual roles, it’s a hopeful episode of a show that is often incredibly bleak.The show is hitting all the right notes so far this season and long may it continue.  It’s an all-rounder of an episode, combining intense character moments and surreal humor in a way that only BoJack can.

What did you think of ‘Hooray! Todd Episode’? Let us know in the comments below, and let Liam know on Twitter, here-@liamhoofe