As I discussed in yesterday’s review, the theme of Motherhood has been prominent so far this season and that came to the forefront, even more, in this episode, with BoJack being forced to face his own Mother.

BoJack’s relationship with his mother and the lack of love she has shown for him has been one of the most heartbreaking aspects of the show to date and when during Hollyhock’s search for her family, BoJack is forced to reacquaint himself with his old dear, things take a turn for the worse. 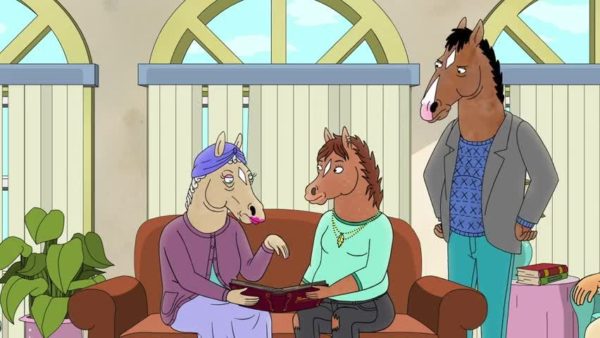 One of the best things about Hollyhock’s and BoJack’s relationship so far has been the way Hollyhock has been able to see through BoJack’s bullshit faster than anyone else and that is highlighted in a great sequence where BoJack can’t keep himself from lying to her. The fact that BoJack feels a clear compassion towards his daughter is a really nice character development and something that we’ll hopefully see grow as the season progresses.

This episode really kicks into gear though, when Hollyhock forces BoJack into visiting his mother in a care home, only to discover that since the last time they met she has been diagnosed with dementia, and that her condition is rapidly worsening. In one of the show’s most devastating moments, we realise that she is incapable of recognising her own son, and the effect that has on BoJack clearly breaks his heart even further. Credit must go to the writers of the show here – dementia is not an easy topic to tackle and they execute it perfectly. Having seen a family member suffer from it, those moments can be incredibly difficult, and the show really manages to get the condition spot on, without ever feeling like it is trying to manipulate its audience.

Another excellent moment in the episode is when, while watching Horsin Around, BoJack’s Mom recognises him on TV and reveals to BoJack and Hollyhock that watching his show gives her great comfort. It’s a tender moment that could be a turning point for their relationship; instead he attempts to upset his mother in front of everyone, only for the moment to backfire and end up with him after having to take her back to his place. 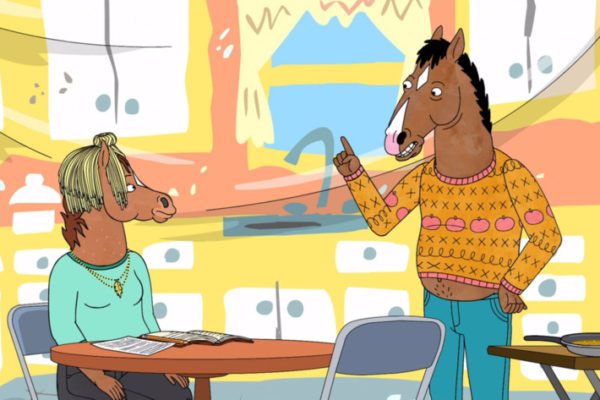 This episode, like so many others in the past, presents BoJack with a chance to redeem himself. While his Mother no longer recognises him, she shows that she has still found some comfort in her son’s past success and at that point, it is down to him to be there for his Mom. Like he so often does though, BoJack rejects that opportunity and ultimately misses a chance to rebuild something with his Mother. This season has also focused on the theme of family, and perhaps, just maybe, how rebuilding his family, with his mother and daughter around, could be the very thing that finally saves BoJack.

BoJack’s Mom’s condition has made her powerless and that is another key theme during this episode, with the sub plot exploring gun crimes in the state and women taking power back into their own hands. It’s a fun little aside, with several great gags that keep the episode from being too much of a downer. The Ms Taken scenes also provides the show with a few great laughs and the episode still manages to comment on the way society views women and violence.

‘Thoughts and Prayers’ is, aside from perhaps episode two, the season’s most difficult yet. The character beats here are excellent and like it manages to do so often, episode five shows that BoJack, like real life, is so often about the little moments. Where’s this all heading? Judging from the recurring theme of Motherhood, likely towards the death of BoJack’s Mom – whether he can make peace with her, though, is a different question altogether.

What did you think of ‘Thoughts and Prayers?’ Let us know in the comments below, and let Liam know on Twitter here @liamhoofe