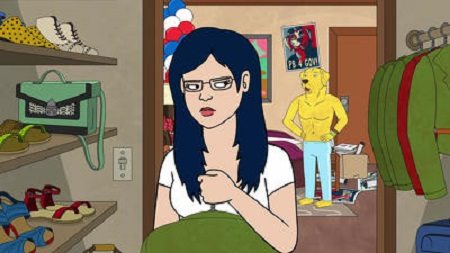 Episode 2 aside, BoJack Horseman season 4 has arguably been the most hopeful season of the television show yet. With BoJack trying to build a relationship with his new daughter, Mr. Peanutbutter running for governor and Todd up to his usual shenanigans, service has resumed as usual in Hollywoo, but problems begin to arise in the season’s fourth episode.

First of all, as the title might suggest, Mr. Peanutbutter has directly defied Diane’s pleas to stand up to fracking during his election campaign and his decision is starting to put pressure on the couple’s relationship. Mr. Peanutbutter’s naive enthusiasm and Diane’s quest to solve the world’s problems has always created the tensions between the pair and their new dynamic, which basically sees them screaming at each other, before having intense makeup sex is an indication that the two could end up coming to serious blows before the series is out. Mr. Peanut Butter’s campaign is likely to run for the majority of the season and Diane, who is already having inner turmoil about her job, could well reach breaking point before the season is out. 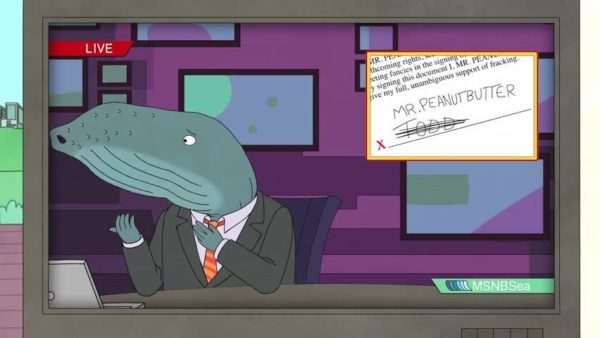 The scenes between BoJack and Hollyhock are one of the best things about the episode, with BoJack being lured into protecting his daughter as he tries to help her find her mother. The two bond, somewhat hilariously, over BoJack’s scandalous sex-life and the scenes where BoJack is bouncing around between all his previous conquests provide the episode with some of its best moments. BoJack’s paternal instincts kicking in slowly over the episode is a really nice character touch and something that we might see develop over the course of the season. At the end of season 3, BoJack looked as though he was beyond saving, but so far this season it has looked as though there is a chance things could finally work out for him. Of course, I won’t hold up my breath, BoJack always ruins thing and as we’ve learned over the last 3 seasons, it’s often the hope that kills you.

That being said, a key theme that is starting to rear its head this season is that of Motherhood. So far this season, we have seen the back story of BoJack’s grandparents and his mother and how that, in turn, has led to him feeling unwanted for the majority of his life. This episode once again brought about the theme of motherhood and Hollyhock’s search to find her paternal parents could see BoJack’s relationship with his mother come to the surface as the season wears on. 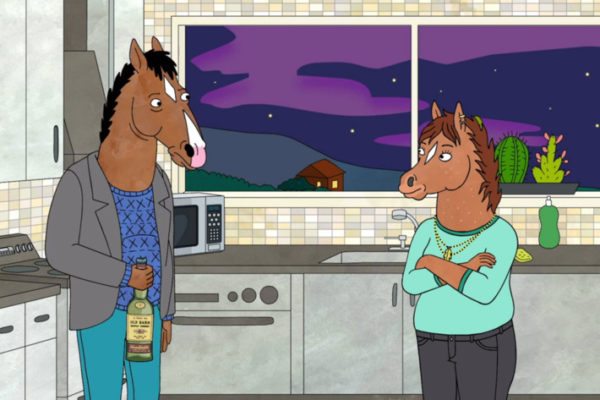 Another character who is experiencing a hopeful change is Princess Carolyn. Having decided to give a relationship a try, this episode sees her make the decision to try for a baby, with hilarious results.  The sequence where she is racing home to have sex is one of the episode’s funniest moments and she is, arguably, one of the most likable characters in the show. As I’ve mentioned, though, it is the hope that kills you with BoJack and I can’t help but think this is taking us down some horribly dark route as the season progresses.

‘Commence Fracking’ is probably the most hopeful episode of BoJack so far this season and that if previous seasons are anything to go by, that is just to lure us into a false sense of security. Expect things to take a darker turn in the coming installments.

What did you think of ‘Commence Fracking’? Let us know in the comments below, and let Liam know on Twitter @liamhoofe