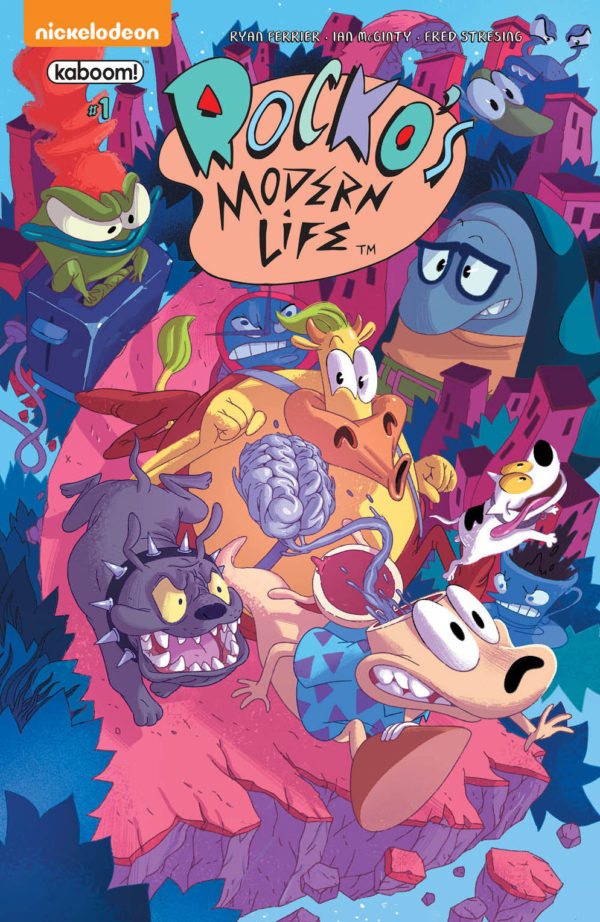 “Rocko’s Modern Life was one of the standout series for me growing up, as it really struck a chord with me in how similar it was to my own sensibilities and sense of humor, even at that younger age,” says series writer Ferrier. “Working on this series, especially knowing how incredible Ian is going to make it, has made me an even bigger fan.”

Rocko, Spunky, Heffer, Filburt, the Bigheads, and the entire cast of O-Town are back, but all is not well. The town is facing a job shortage and Rocko is hit hard. With unemployment and potential homelessness on the horizon, Rocko’s problems are just beginning. But with help from his best friends Heffer and Filbert and his faithful dog Spunky, Rocko is (mostly) ready to take on the world (maybe).

Rocko’s Modern Life #1 will go on sale in December 2017, but before then Boom! Studios will launch its first Nickelodeon series with Rugrats #1, which hits comic book stores on October 18th.