Indie developer Jandusoft have announced that their caveman co-op platformer Caveman Warriors will arrive on the 22nd September on the Xbox One, Playstation 4, Windows PC, Mac and Linux.  This 2D adventure will see players take their caveman through an epic storyline to save the prehistoric world.  Watch the launch trailer below… 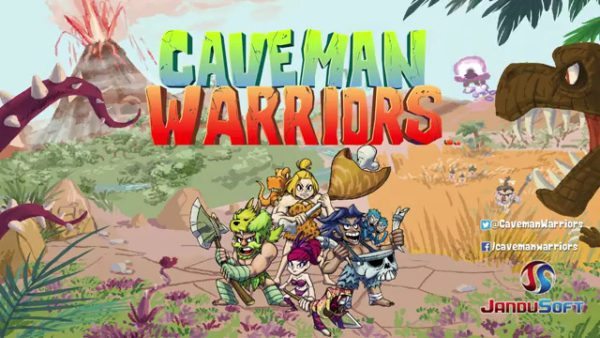 Caveman Warriors is a 2D platform game inspired by the likes of New Super Mario, Joe & Mac, Metal Slug, Castle Crashers and Trine.  Players can play solo or join with up to 3 of their friends to take on the alien race that threaten to destroy the prehistoric world that the four heroes live in.  Each of the four cavemen (and cavewomen) heroes have their own unique ability that will help you progress through the levels but players will not be restricted to just using one and will be able to change their character at anytime.

There is a variety of enemies with each level providing different enemies with unique attacks to provide the ultimate challenge for players.  There will also be secret levels scattered throughout the game that can be unlocked for that extra excitement.

Look out for Caveman Warriors arriving next week.