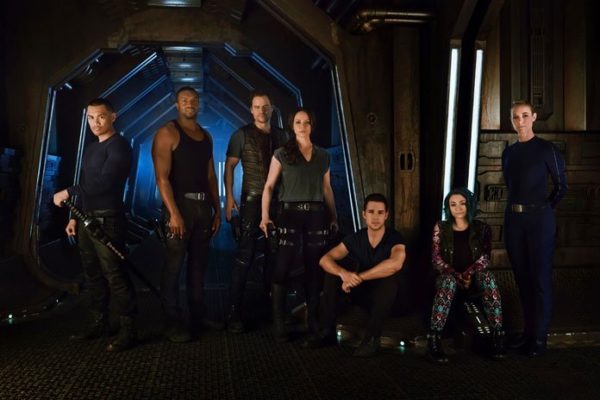 Following its season three finale last week, Syfy has announced that it has cancelled the science-fiction series Dark Matter, citing low ratings for the show. Creator Joseph Mallozzi confirmed the news with an official statement on his website which reads:

“It is with great sadness that I confirm the news. Syfy has cancelled Dark Matter after three seasons. To say that I’m incredibly disappointed would be an understatement. I’ll save my comments and field your questions in a future blog entry. For today, I just want to extend a heartfelt thanks to my amazing crew, my wonderful cast, and to all of you, our incredible fans.”

There was better news for fans of Killjoys however, with Syfy and Space renewing the show for a fourth and fifth season, with the latter set to bring the series to an end. Season four will air in 2018, with the fifth and final season following in 2019.